I’ve never been much of a drinker, but I think I’m going to have to start… 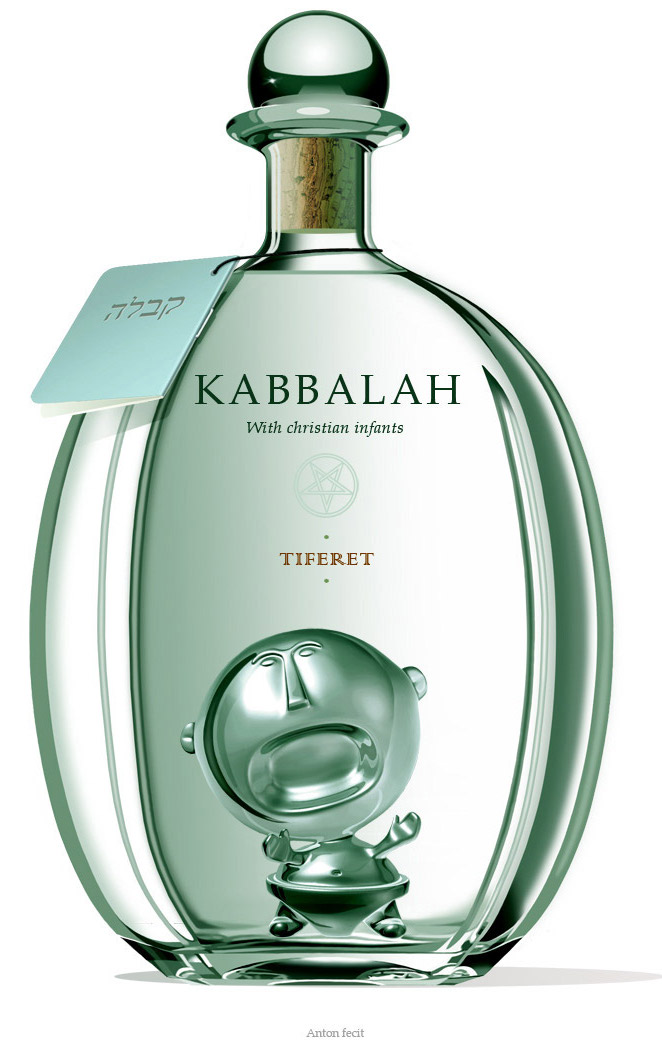 I can’t tell if it’s real or not, but this explanation was offered at a website:

… Given the explosion of capitalism and the influx of money into the former Soviet empire, there has been a huge rise in this market as neuveaux riche wish to show off how riche they are. Hence, Kabbalah Vodka with Christian Infants, the premium wheat vodka enfused with silver, gold, platinum ions that features a glass model of a baby inside. This plays off the old wives tale circulated in Europe that Jewish religious rites required the blood of Christian babies.

Each baby is handmade, and supposedly there are only a few of each type of baby made, so collectors are swarming all over Russia looking for these things. It begs the question: is the baby attached to the inside of the bottle? Or could you take it out somehow so you could keep the baby, but not keep the empty (or full) vodka bottle? Inquiring minds want to know about the glass Christian babies!

It’s probably fake, though. We all know there are no such things as “Christian Infants.”

“Kabbalah Vodka with the Children of Christian Parents” just doesn’t have the same appeal, though…

(Thanks to Hank for the link!)