This year, no religious or atheistic displays will be allowed inside the Olympia, Washington capitol building… but displays are allowed on the grounds outside the building.

Including this one from Seattle Atheists: 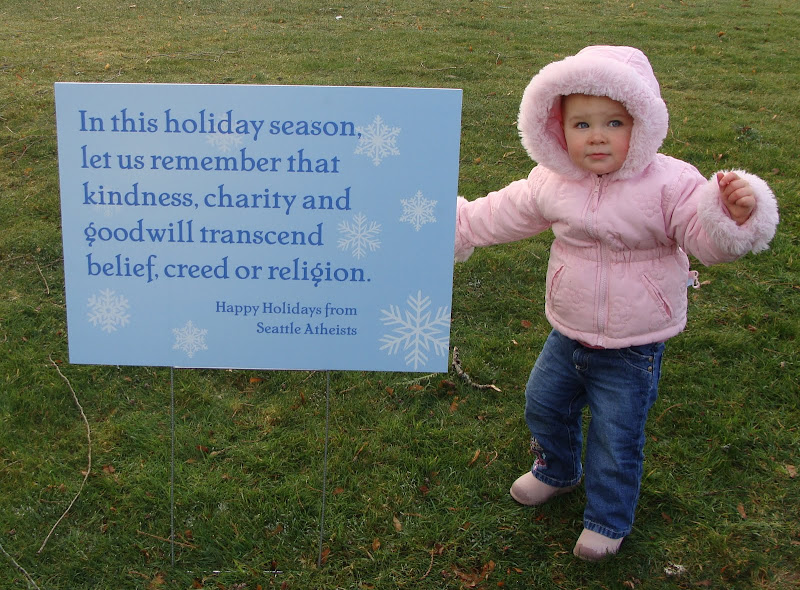 In this holiday season,
let us remember that
kindness, charity and
goodwill transcend
belief, creed or religion.

Assuming the child is part of the display, I now have a new favorite 🙂

If only FFRF had included a baby with their plaque from last year, all that controversy could’ve been avoided…