Tony was driving to the pet store when he saw a billboard for Kent Hovind‘s Dinosaur Adventure Land.

While the park is shut down indefinitely, the sign on the billboard may offer a new Christian explanation for how the dinosaurs went extinct 🙂 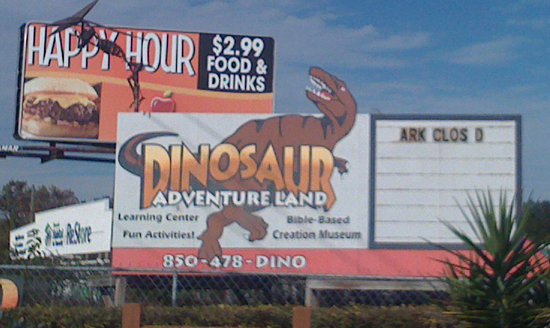 Noah shut them off! Who knew he held a grudge against the dinosaurs…?

Reader Richard jokes that he thought this was why we lost the dinosaurs: 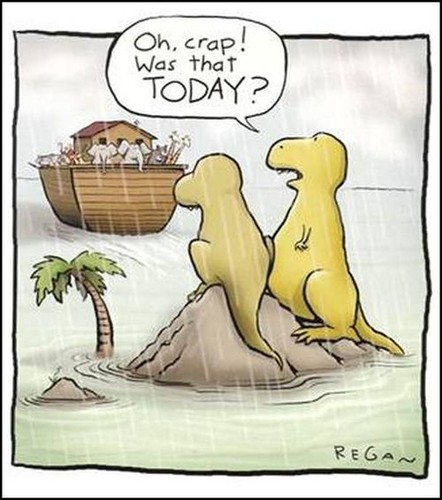