Why Do Atheists Loathe the Baby Jesus? He’s Just a Baby

Bill O’Reilly actually said that on his show the other night.

He also asked: “How do you sell atheism by running down a baby?”

Normally, running down babies is right up my alley, but I really don’t get it in this case.

Here’s the American Humanist Association ad that’s getting O’Reilly and his panel all riled up, followed by the relevant clip from the show: 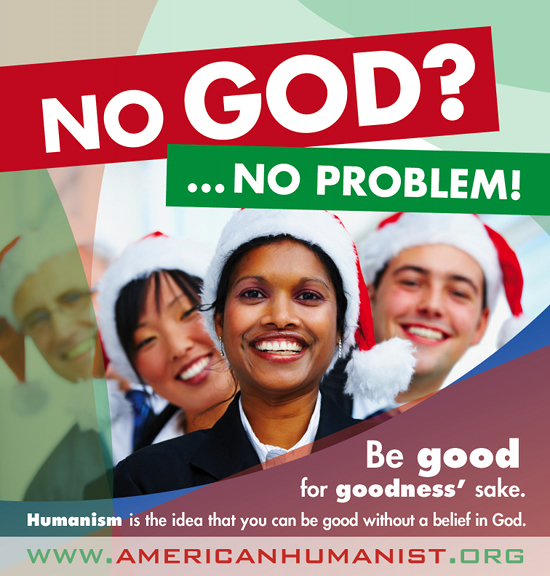 I would love to know how this is an attack on Christmas.

The end of the clip ends with O’Reilly claiming atheists are just jealous that Christians and Jews have something to celebrate this time of year while all atheists have to look forward to is “Rosie O’Donnell tapes” or “the next Bill Maher special.”

I don’t get the Rosie O’Donnell joke… I assume he’s just mocking her being a lesbian.

Personally, I would gladly celebrate the next Bill Maher special. If it aired on Christmas, even better. My family could watch it together.

Now, can someone tell me where in the Bible they mention Christmas?

The panel claims that atheists would never put ads up like this around Muslim holidays… not true. This particular ad went up around the same time as Eid al-Adha, which is the day after the holy Hajj.

The first (and most important) question that is asked is: Why is the AHA doing this at this time of year?

It’s not because they’re attacking Christians or whatever ludicrous explanation O’Reilly makes up.

They do it because people like Bill O’Reilly give the AHA more publicity, which raises awareness of the AHA, which brings in more contributions to the AHA, which more than pays for the ad campaign.

Furthermore, this isn’t even about Christmas. I know the people in the ad are wearing holiday clothing and the coloring is all red and green, but this ad’s purpose is to reach out to other atheists and let them know it’s ok not to believe in God.

Not only that, those kinds of ads have been going up all year! Atheist advertising on buses and billboards is nothing new.

This ad doesn’t attack religion any more than it attacks Scientology. The only people getting offended are the people who are religious and think any ad not glorifying Jesus is an insult to their faith. Those people are arrogant and ignorant; they’re wannabe victims.

The truth is if O’Reilly and other conservatives stopped giving these ad campaigns attention, they wouldn’t be popping up very often at all.

But O’Reilly loves the War on Christmas. It boosts his ratings. It gives his followers something to complain about. It’s in his best interest to keep acting like there’s some conflict when there never was one.

The AHA is more than happy to hear him complain about it.