Don Addis, the cartoonist whose works appeared in Free Inquiry, Freethought Today, and a number of mainstream publications, died of lung cancer a few days ago.

Even if his name doesn’t ring a bell, his work is probably very familiar. His cartoons have been making the rounds on the Internet for several years. Every now and then, I would see his old cartoons show up on social bookmarking sites. They would get a second life as new readers saw them, laughed, and spread his work to their friends. That’s the sort of thing that doesn’t happen unless you’ve produced material with timeless humor, and Don Addis did that constantly.

Here are a few of my favorite cartoons by him: 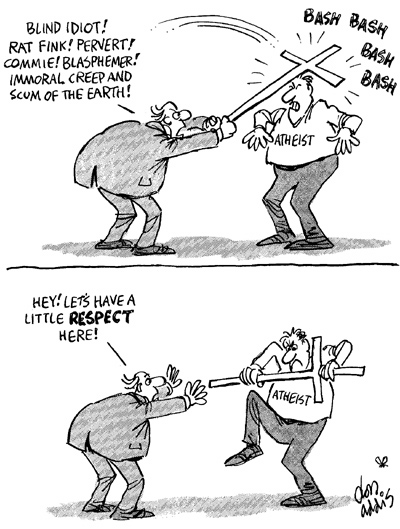 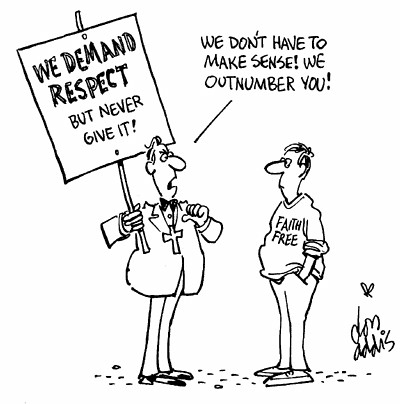 There aren’t many cartoonists with his unique sense of humor when it comes to matters of religion.

It’s (unfortunately) safe to say his work will be relevant for years to come and that’s a rarity in his field.

(via Council for Secular Humanism)