Mary Jo Coady is making news because she “sees” Jesus in her iron. 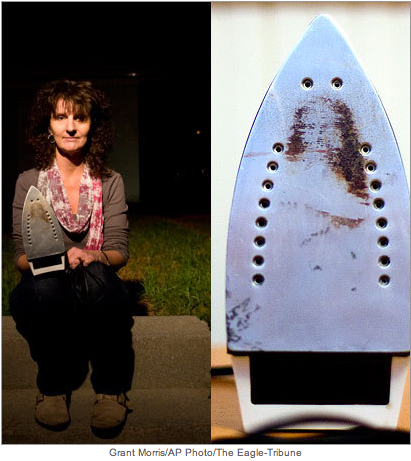 Can you blame her? Not really… when so many other people see Jesus with even less to work off of, it’s only natural people like Mary would follow. Based on her quotations in the article, she seems to be the type who’d be easily duped by something like this.

At least she’s not trying to make money off of it.

But we can put some blame on writer Eric Moskowitz who covered this story (or his editor for assigning it). Not only that, Moskowitz did not interview a single person who could be a voice of reason.

Is it really so hard to find someone who could say the following?

I can understand why Mary thinks she sees Jesus in the iron, but the fact is we’ve evolved to sees faces even when none are there. The truth is: there’s nothing special about this iron at all and it’d be foolish to think anything more of it. Now don’t you have some real news to cover?

There. I said it. Now somebody quote me!

(Thanks to Tony for the link!)