The Chicago Coalition of Reason billboard hasn’t evoked the same outrage as similar billboards have done in other areas. But that didn’t stop members of the (comedy group) Best* Church of God from protesting the sign! 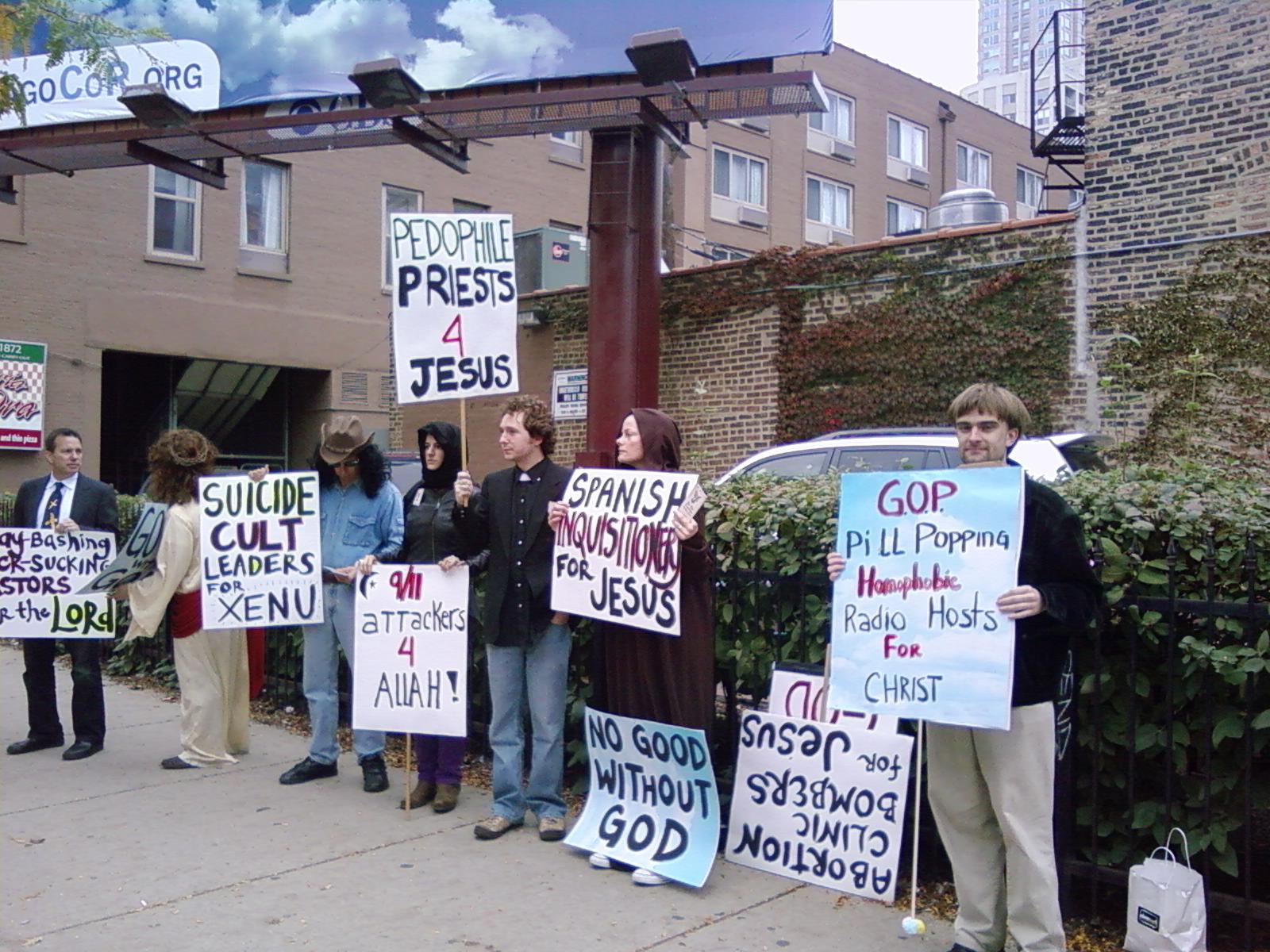 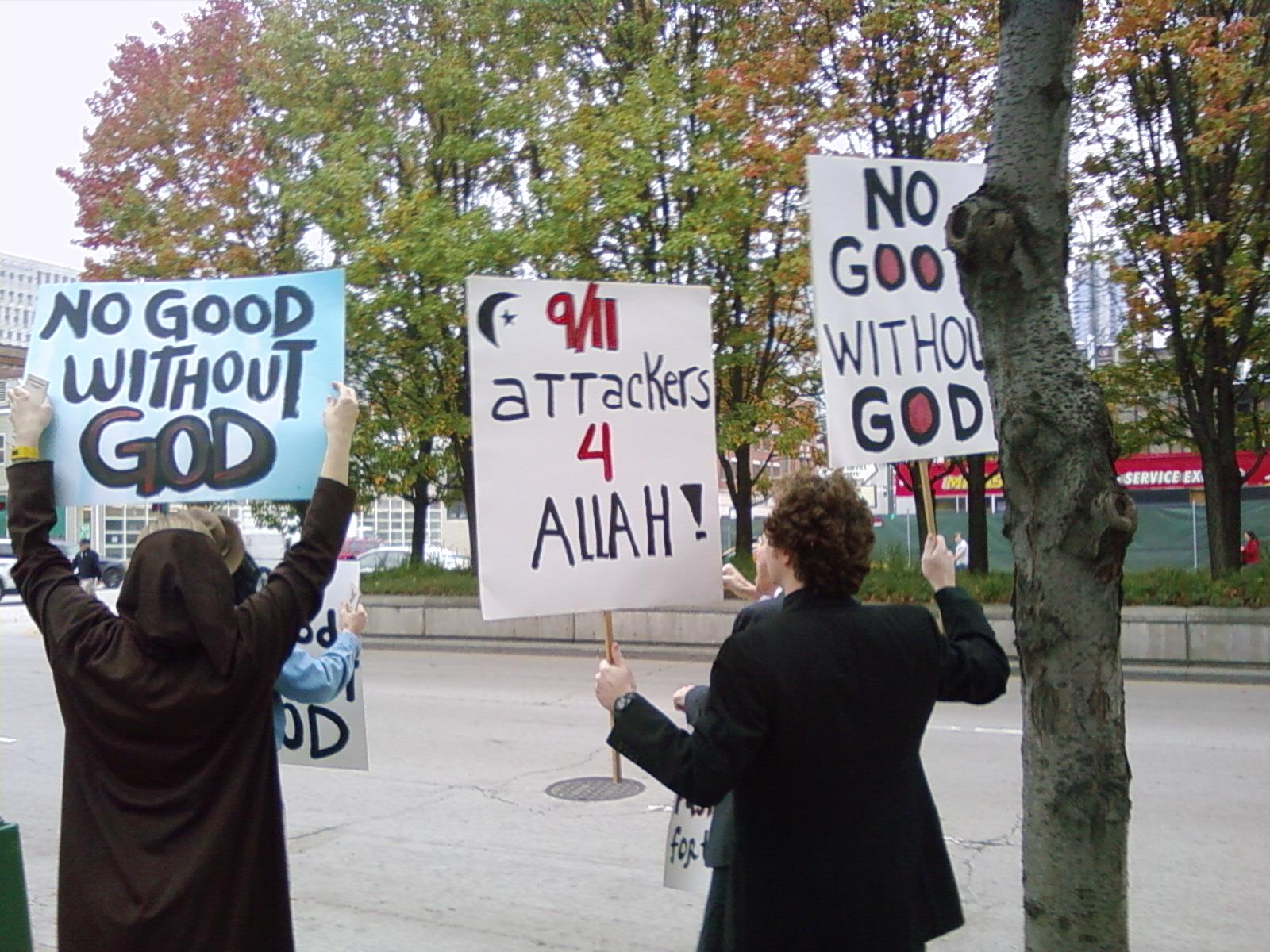 The pics, courtesy of nancydukereporting.com, are part of an article about the billboard by Nancy Duke. I like the part when she gets reactions about the message of being “good without God”:

… definitely don’t tell that to homeless man Anthony Martin, who has been a Christian since miraculously living through a two-year coma induced by five bullets to the head in 1979. He was shot in the head five times after being chased down in an alley for $16 three decades ago and was in a coma from 1979 to 1981, he said.

“Was it luck that I lived or was it the grace of God?” Martin said.

A member of the Best* Church of God, Pastor Dave Shepherd, countered.

“Was it God’s grace that 6 million Jews died in the Holocaust?” Shepherd said.

November 12, 2009
Cincinnati Coalition of Reason Billboard Taken Down (and Put Back Up) After Threat
Next Post