Atheist Advertisement in a Coffee Shop

The upside to an atheist bus ad or billboard is that it advertises to the masses — If a ton of people see it, odds are a handful of them will be your target audience. The thinking is that a handful of atheists might see your sign, realize they’re not alone, and perhaps even join your group. The vast majority of people who see it will ignore it. And some might complain.

But good marketers know that you can get more success by just targeting your ad to where your audience will more likely see it, even if it means fewer eyes altogether.

So forget the highways and buses.

In the next phase of advertising, we should go for the independent coffee shops: 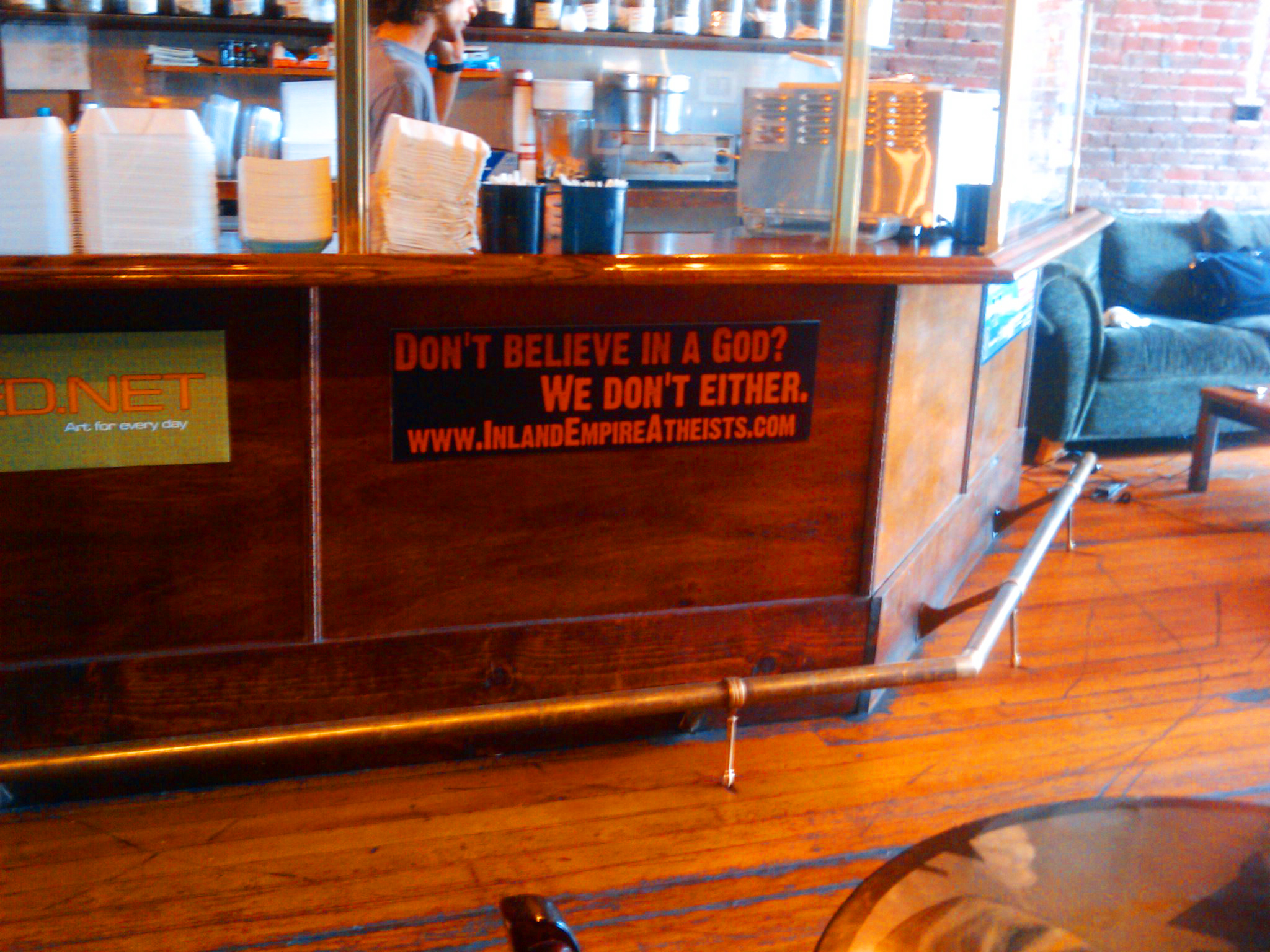 That ad was bought at a coffee shop in Riverside, CA, where they allow groups to rent space for the signs. Is that controversial? Not really, especially when you host some of your functions in that same location 🙂

It’s a smart move by the Inland Empire Atheists, and I hope they get a few new members in the process. (And at a fraction of the cost!)

(Thanks to Emily for the link!)

October 26, 2009
Can We Get Atheist College Students on Capitol Hill?
Next Post