Richard Dawkins has been hinting for a while that his next book will be aimed at a younger crowd.

We finally have more details about what that book will look like.

Due out in autumn 2011, What is a Rainbow, Really? will take on topics including who the first man and first woman were, why there are seasons, what the sun is, how old the world is and why there are so many animals, first answering the questions with myth and legend, and then with “lucid scientific explanations”.

I remember seeing something like that at the Creation Museum this past summer…: 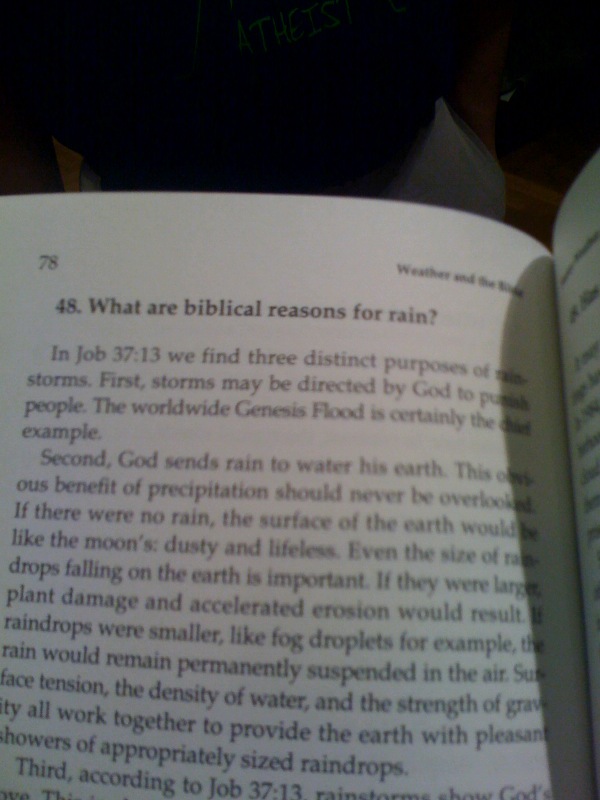 Too bad the title leaves something to be desired. (Though it does sound like something Dawkins would say…)

“Of course that is not my title. It was just the title of the sample CHAPTER that Dave McKean and I showed to the publishers. Somebody, somewhere, decided to make that the ‘working’ title of the whole book. As for the real title, that will require much discussion and agonizing. Suggestions welcome.
Richard”

The book’s illustrator will be Dave McKean, who’s previously worked with Neil Gaiman. It’ll be published by Transworld, part of the Random House Group.

No word yet on what Dawkins’ advance is, but like his other works, this is sure to be a popular seller so I wouldn’t be surprised to see something in the million-dollar-or-more range.

October 25, 2009
The Orange is the One-Armed Person's Worst Nightmare
Next Post