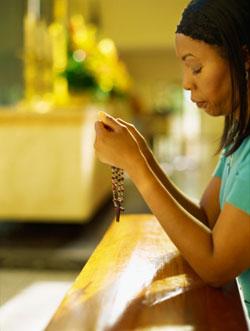 Mike Clawson here… I just wanted to call your attention to an interesting set of articles I recently encountered.

This one by Lauren Sandler cites a few scientific studies (including one highlighted by Richard Dawkins, and another conducted by Michael Shermer) to suggest that women are more religious than men because they are evolutionarily, biologically, or psychologically conditioned to be more emotional or social and therefore less rational than men.

This response by Jessica Glaser at Emerging Women, on the other hand, points out that this hypothesis is exceptionally condescending and not really that much different than the same old sexist arguments that have been used to denigrate and restrict women for centuries. She challenges the notion that women are less rational than men, or that the greater religiosity of women over men is evidence of or explained by such a hypothesis.

October 21, 2009 Christians and the Virtual Rumor Mill
Browse Our Archives
What Are Your Thoughts?leave a comment