Bill O’Reilly Shouts at Richard Dawkins and Gets a Response October 10, 2009 Guest Contributor

Bill O’Reilly Shouts at Richard Dawkins and Gets a Response

Richard Dawkins appeared on The O’Reilly Factor last night (in a taped interviewed). It was pretty much what you would expect. Dawkins makes good sense. Bill O’Reilly thinks he’s right because he yells and he has Jesus on his side.

I think these screen captures explain the interview completely. 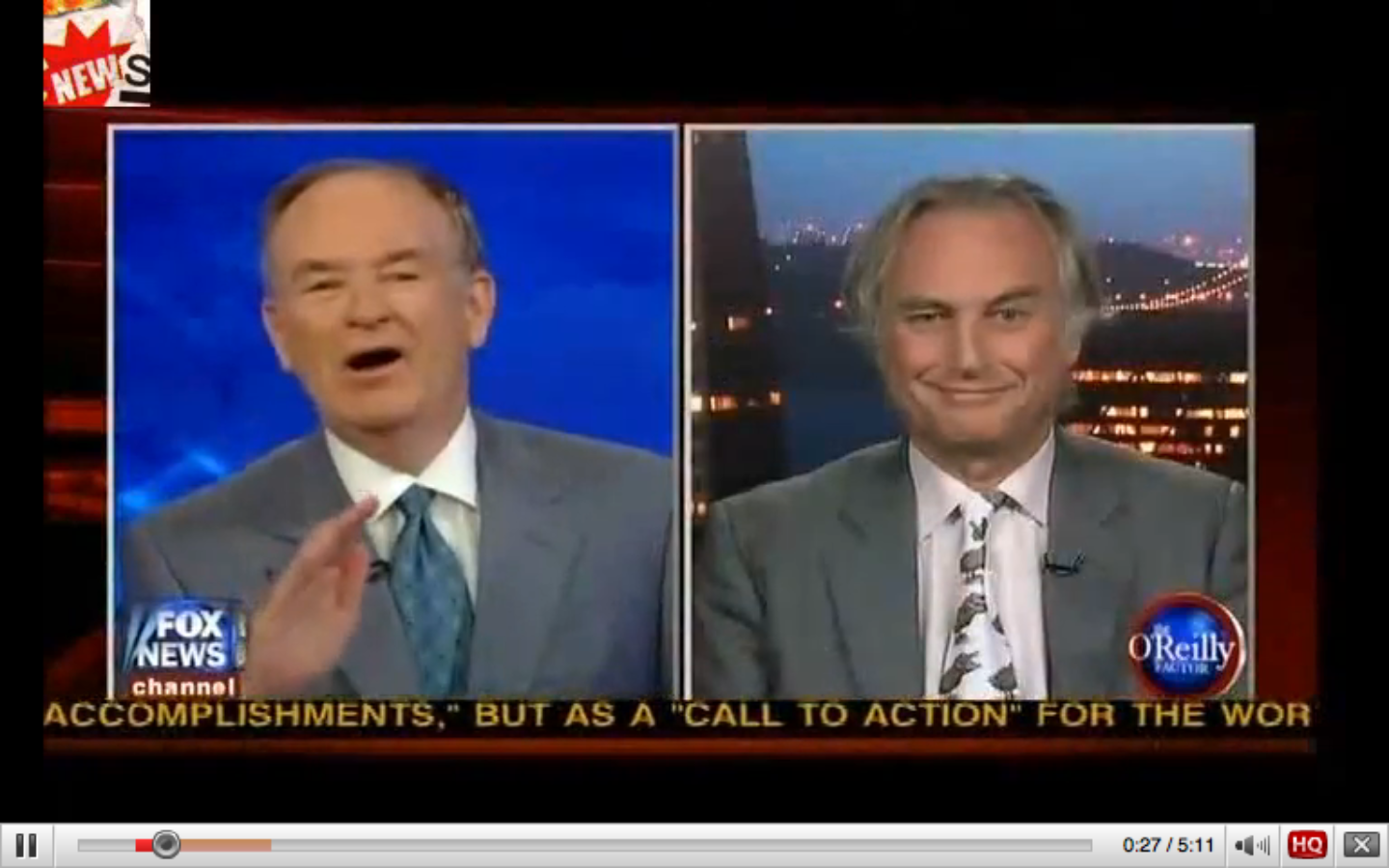 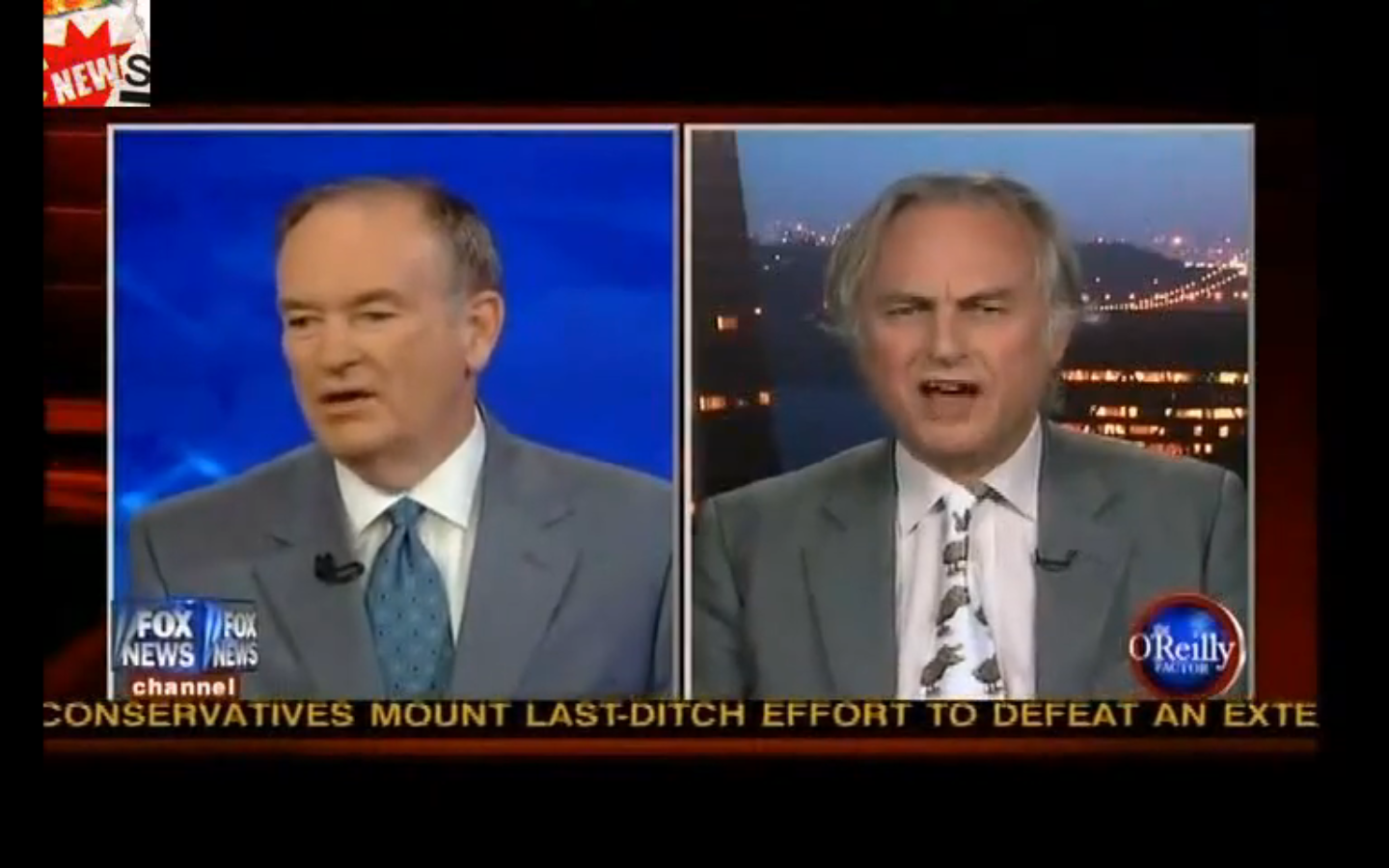 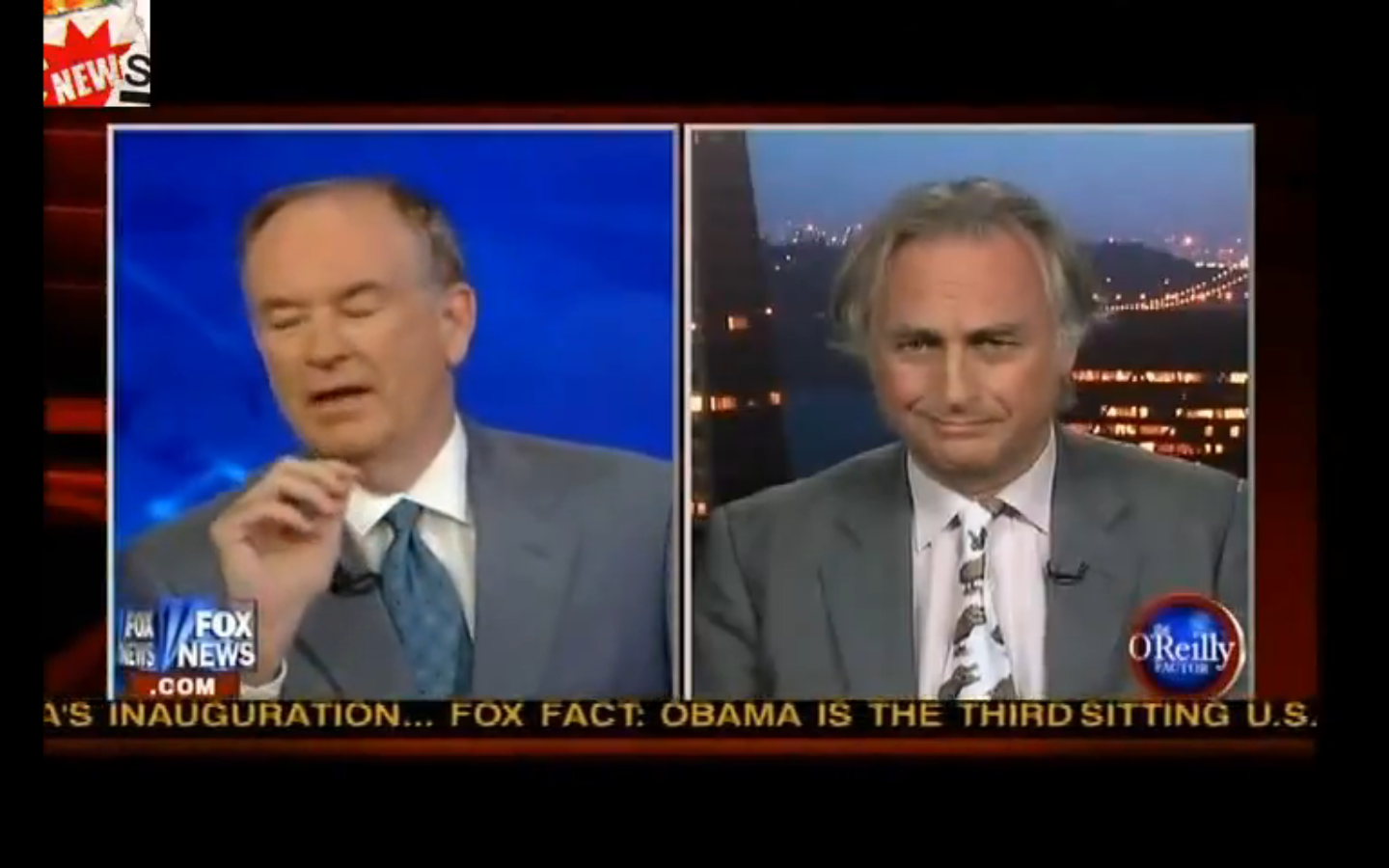 Here’s the actual interview. With the slight time lag between O’Reilly yelling something and Dawkins hearing it, it’s quite entertaining to use the extra second to predict Dawkins’ reactions 🙂

Dawkins: You must see that it’s quite a remarkable piece of illogic to say that because science can’t fill a particular gap, therefore, we have to turn to Christianity.

Dawkins: Will you listen to me and stop shouting at me?

O’Reilly: Am I…? Well, turn your earpiece down. I’m not shouting. That’s the way I usually talk. Go ahead.

Dawkins: I know it is. I’ve been warned about it.

Beautiful. Dawkins handled himself well throughout. Too bad his responses will go over the heads of the viewers, many of whom will just associate the interview with the word “fascism.”

October 10, 2009 Atheists March in Poland
Browse Our Archives
What Are Your Thoughts?leave a comment