A construction sign in Utah that normally warns drivers of delays on the roads was vandalized on Wednesday to read something very different: 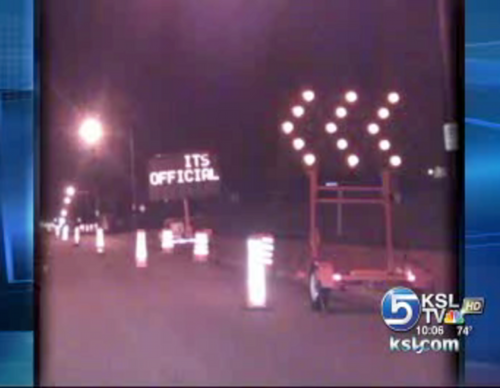 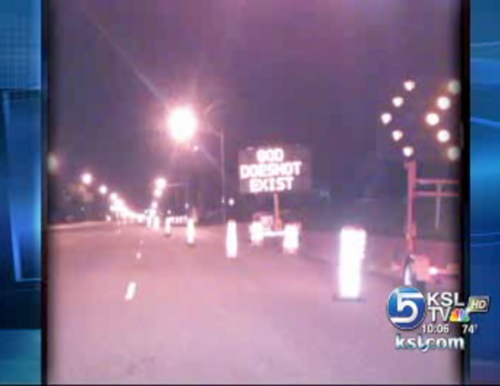 The message — “It’s official… God does not exist” — was up there for several hours, ironically, next to a Mormon church.

I don’t think the message itself is as big a deal as the news story would have you think, but it is disturbing to know that some atheist could’ve done this.

Or… if anyone wants to play conspiracy theorist, we can suggest a religious person did this in the hopes that atheists would get blamed. I’m not so cynical.

This isn’t the way to get our message across. It’s not funny and it doesn’t help.

We know how to get bus ads and billboards and we’ve been doing a great job of putting them up in cities everywhere. There’s no reason to resort to such lowbrow (and illegal) tactics.