There are some pro-gay billboards in Texas that are causing quite a stir… because they quote the Bible just as their opponents do: 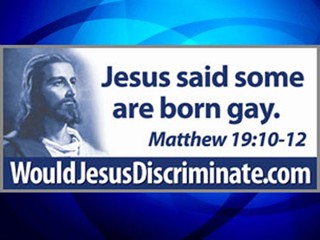 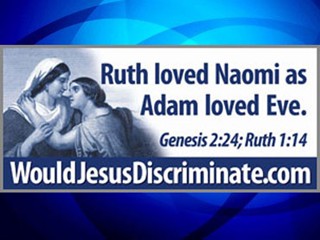 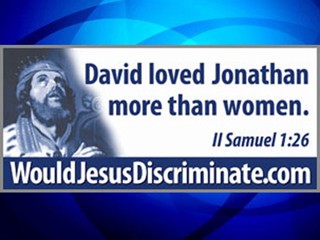 It’s all part of a campaign called Would Jesus Discriminate.

Say what you will about the accuracy of the citations. It’s doing a great job of getting soundbytes from religious people:

The billboard angered [Christine] Lutz so much, that she fired off a stern e-mail. “I said how dare you take the scriptures and twist it to fit your needs,” she recalled.

That’s ridiculous. I’m sure commenters can find plenty of examples of the Bible condoning awful things. I suggest starting at Skeptics Annotated Bible.

It’s nice to see Christians using their faith to defend homosexuality for once. These are the discussions they ought to be having in their churches — it’s relevant and it’s divisive. By just excluding gay people, churches are putting themselves in jeopardy by alienating younger Christians — not that there’s anything wrong with that.

But if change can happen within the church, it has to start from within. This is a novel, interesting way to get people thinking.