Atheists have a place at the table August 2, 2009 Dr. Denise Cooper-Clarke

Atheists have a place at the table 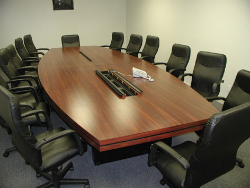 Last Friday I was quoted a few times in an article by David Gibson entitled “Non-Believers Losing Faith in Obama.”  [Sidenote: I found the title amusing, considering the Politico piece which mentioned us in June was titled “Atheists keep faith with Barack Obama.”]

The article itself is devoted to highlighting ways the Obama administration has disappointed the secular movement.  He hasn’t followed through on his promises about the Faith-Based Initiatives, he nominated Rep. John McHugh to be Army Secretary (read more here), he’s invoking God’s name more than Bush did, etc.

But here’s a part that I thought was worth repeating:

Secularists say they’re not asking for heaven here on earth, and they realize that much has improved. [Said Galef:] “This is a better administration than the one we had. It’s not perfect; politics is never perfect.”

I think that’s important to keep in mind.  We didn’t think that the new administration signaled victory and that we could go home. In politics, there’s constant give-and-take,  disagreement, and series of compromises.

We – like every other political force – are striving to be a more important faction in that conversation.  We’re not the only one; we can’t expect to get our way every time.  But that’s just it: we’re one of the political forces.  It feels good to reflect upon that.

There’s more to be done, but we’ve made important strides forward.  One of the our favorite lines at the Secular Coalition for America is “You have a new place at the table.”  And we do.

August 2, 2009
Enlighten Me on Health Care Reform?
Next Post