An Atheist’s Version of Dante’s Inferno

S.A. Alenthony (a pen name) rewrote Dante’s Inferno, but from an atheist’s perspective — Same poetic style and everything. 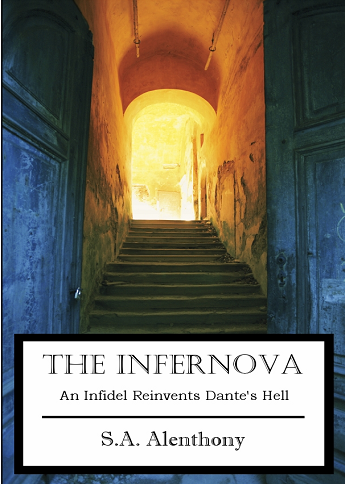 One major difference is that punishments would be offered to “televangelist-frauds, pedophile-priests, prophets” and more. And instead of Virgil as a guide, Alenthony goes with someone a bit more familiar:

Of bushy gray hair he had no lack,
and his moustache too was brushy and wild.
He looked familiar. I tried to think back:

where had I seen him? At this he smiled,
for my confusion was likely quite plain.
He spoke up then, his southern drawl mild:

”I can see I’ll have a bit to explain.
The whys and wherefores, I’ll reach presently.
But introductions first: I’m Mark Twain.”

As it turns out, I have a few copies of the book to give away.

Since we’re talking about The Inferno, here’s the question for you all: Who do *you* think deserves to go to Hell? (If it existed, of course.)

Most creative answers (according to Alenthony) win a free copy of the book!