A U.S. Senator Should Know Better 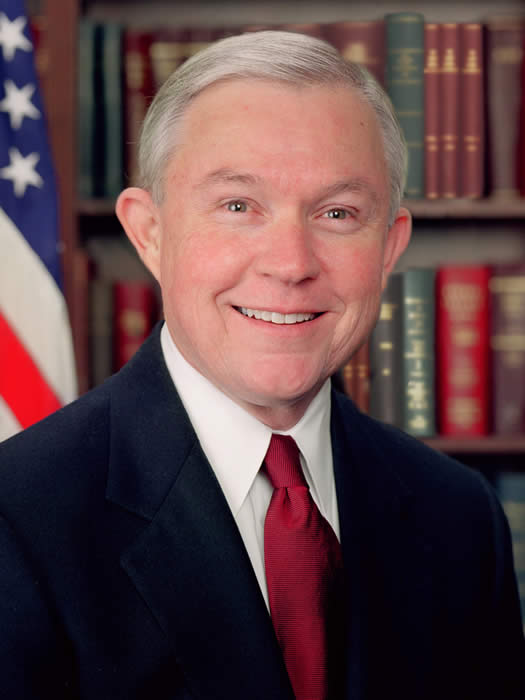 I’ve been watching the confirmation hearing for Justice Sonia Sotomayor.  It’s of particular interest to the Secular Coalition because she’ll be replacing Justice David Souter, who was one of the staunchest defenders of the separation of church and state, but we don’t know her views.  We sent a letter to the members of the Senate Judiciary Committee urging them to bring it up.

Ok, so I wasn’t really watching the speeches per se, I was more sort of listening while CSPAN was in another tab.  I perked up when I heard someone mentioning prayer.  Turns out it was Sen. Jeff Sessions (R-AL).  I tracked down his prepared statement, and it turns out to have been this gem:

We have seen federal judges force their own political and social agenda on the nation, dictating that the words “under God” be removed from the Pledge of Allegiance[2] and barring students from even silent prayer in schools.[3]

I’m dying to know what those footmarks are, because can’t find them actually citing anything.

Regarding [2], I assume he’s referring to Newdow’s famous case against Elk Grove.  It’s a bit of a stretch too say that their interpretation of the Establishment Clause is “forcing their own political and social agenda on the nation”, but at least I know what he’s talking about.  I think he’s wrong, but he’s in this version of reality.

But on [3], I really have no idea what he’s talking about.  I certainly haven’t heard of any cases of federal judges “barring students from even silent prayer in schools.”  Know why?  Because there are none.

My co-worker Mary made a good point to illustrate how false it must be: how would they enforce it?  I can just envision a teacher saying “You!  You look thoughtful and distant!  You’d better be daydreaming and not praying!”

Sigh.  This is just another example of people spreading misinformation about “those scary atheists”.  Except that this time it’s a senator making public comments on record.  Senator Sessions has a background in law, so one would expect him not to misrepresent court cases.  Wonderful.