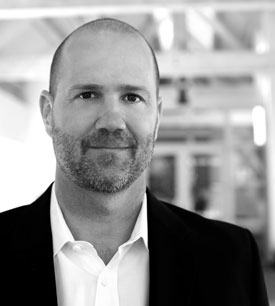 Many of you have heard of William Lobdell before, and I know Hemant has written about him and his excellent book Losing My Religion.  As it turns out, the latest issue of The Humanist magazine contains an interview I did with him!  It’s one of the pieces not available online – I can only assume that it’s so precious they didn’t want to give it away for free.

One of the responses that came to mind this weekend was in talking about the good religion had done him:

The Humanist: You describe how religion helped you through the rough parts of your life but also say that you’ve found unexpected peace being nonreligious.  Do you think you could have succeeded through the tough times without religion?

William Lobdell: I think I would have.  But at the time, religion served a really good purpose.  It brought me a new set of friends and it matured me quite a bit.  I think one of the challenges the “new atheist” community has is providing that support and sense of community for its members.  We don’t do a good job of it right now.

Our communities aren’t as obvious.  We don’t have large buildings with stained glass windows and steeples announcing our presence.  But there are great communities for nontheists.  I’ve been to a number of gatherings with the Beltway Atheists and found them to be friendly and welcoming.  I don’t go as often as I should, but the Washington Ethical Society has an excellent sense of community and support.  There are local humanist chapters and affiliates across the nation.  If you want to join a group, you can find one.

But I’m guessing there are other factors in play.  For one thing, life-long atheists such as myself weren’t brought up going to church every week.  My community came from secular sources: sports teams, technical theatre, and good friends.  But I can see how it might be different.  I gravitate towards groups of people who enjoy doing the same things I do, not just towards people who believe the same things I do.  To someone who was religious but lost faith, there might be more of an impetus to replace the lost religious community with a similarly (belief/identity)-based group.

I won’t claim to know how others feel about community – I’m something of an introvert and spend more time alone or in small groups than others do.  So I’d love to hear from all of you: how do you view community in the nontheistic population?

July 9, 2009
Ask Richard: Her Catholic Boyfriend is Uncomfortable Discussing Her Atheism
Next Post