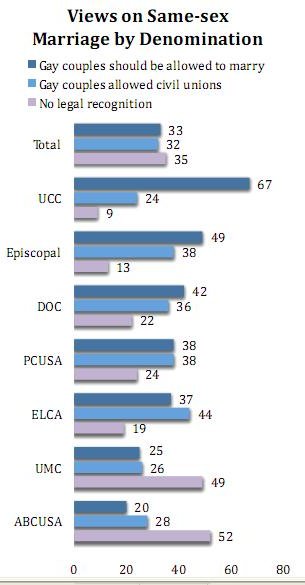 So what does all this mean?

Ilana Stern at Americans United for Separation of Church and State explains:

These results are interesting because for so many years, it seems the public discourse has been dominated by fundamentalist religious leaders who oppose church-state separation. Last year, a band of clergy, prodded by the Alliance Defense Fund, went so far as to deliberately violate federal tax law by endorsing U.S. Sen. John McCain from their pulpits.

The Religious Right labored hard to make it appear that most clergy support pulpit politicking and are view the church-state wall as oppressive. In fact, while the voices that parrot this perspective are often loud, that does not mean they speak for the majority of U.S. religious leaders.

(via The Wall of Separation)

May 23, 2009 The OUT Campaign Jigsaw Puzzle
Browse Our Archives
What Are Your Thoughts?leave a comment