There was craziness last week when Transpo, a company that controls which ads are placed on buses in South Bend, decided to delay atheist advertising on their buses. 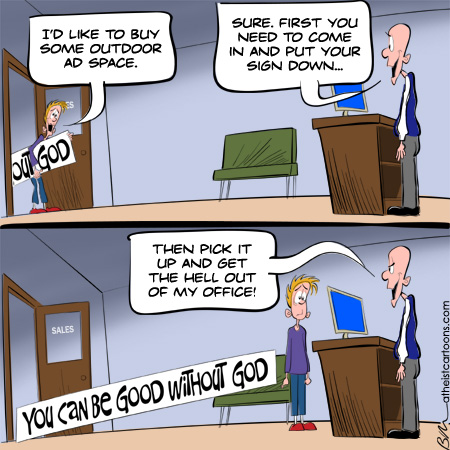 Even though the money had been paid, the atheists couldn’t capitalize on Barack Obama‘s weekend appearance at Notre Dame and all the eyeballs that were on the city.

Today, the Transpo board met and made the right decision: The atheist ads will finally be given a green light.

Finally the oh-so-controversial “You Can Be Good without God” ads will be seen around the city!