This is pretty cool.

Powell’s Books, an independent bookstore much smaller than any Barnes & Noble or Borders, has quite the impressive section on atheism — at least at this store in Portland: 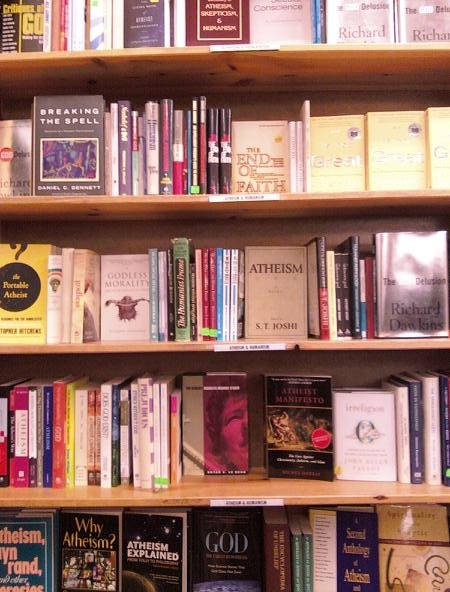 There are books there I’ve never even heard of…

A Second Anthology of Atheism and Rationalism on the bottom shelf?! Who knew there was a first…?

Anyone else know of a mainstream bookstore that has an atheism section that could rival this one?

One potential downside: I’ve been to bookstores like these before… for some reason, they always seem to have a New Age section that’s just as massive. What is up with that?

April 1, 2009
Brights Describe Their Brightness and Notions of a Naturalistic Worldview
Next Post

April 2, 2009 Are You Qualified to Teach Abstinence-Only Sex-Education?
Browse Our Archives
What Are Your Thoughts?leave a comment