This Is What An Atheist Looks Like March 29, 2009 Guest Contributor

Flickr user jaynedemarco has some nifty artwork up on the site. The theme is: “This is what an atheist looks like.” 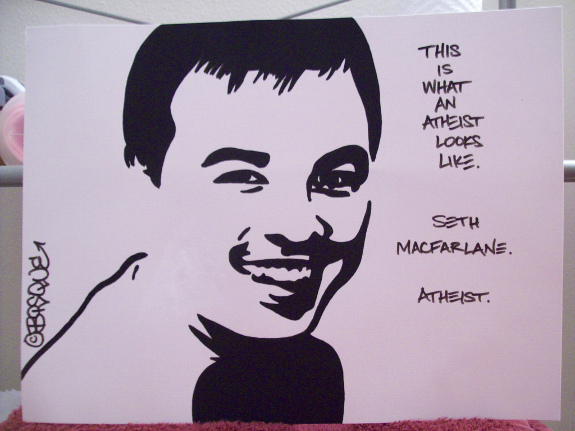 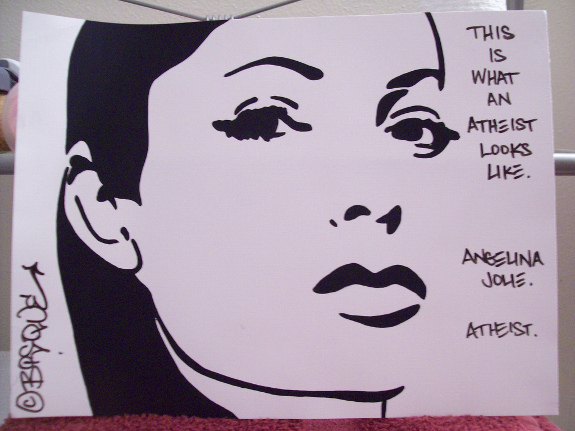 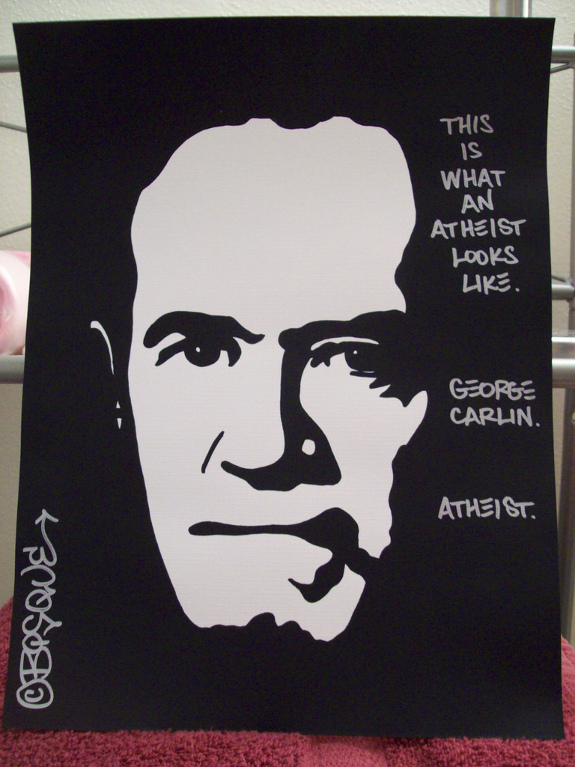 Several more of these images will be put up over the next few weeks.

As for Jayne’s inspiration behind the art?

… i feel i should mention that a big part of the inspiration behind these pieces is my nephew Logan. he was asked at school if he believed in god. when he said no, he got crap for it. his father, my brother Thaddeus, told him to just tell the kids he did believe in god so they’d leave him alone. i see where Thaddeus is coming from, but i find this “solution” problematic. there is something to be said for visibility. i want people (especially kids) in this area to realize that atheists exist, and that some are their favorite comedians, actors, authors, etc. who knows if any good will come of this. i just want Logan to know he’s not alone and he doesn’t have to be ashamed of using his brain.

He’s definitely not alone and I agree: he shouldn’t have to keep his atheism in the closet just to avoid harassment.

Not that she’s necessarily taking suggestions, but who else would you like to see included in this series?