Lesbians in the Game of Life March 17, 2009 Guest Contributor

Lesbians in the Game of Life

Remember The Game of Life? 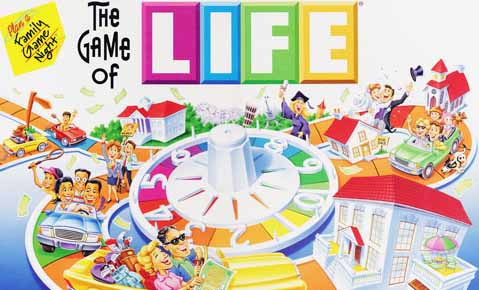 You played it waaaay back when. There were those cute little pegs you put on your car… and that spinny wheel.

Anyway, there’s an online version of it. And one conservative mom hates it.

Listen to the reason why:

“You know how kids are,” the mother told WND. “My daughter noticed right away (even before I did) and clicked on one of the girls instead of one of the men and then asked, ‘Mom, how come I can marry a woman?’ And then that led into a lot more questions that, quite frankly, I was not ready to talk to my 6-year-old about.”

WND followed the mother’s example and played a game as “Jennifer,” who chose to marry another woman. The course of the game eventually added four children to WND’s lesbian couple.

What?! Lesbians are allowed in the Game of Life?! And they can have children?!

And why is that a hard conversation? You tell your child: Women can love women, just like men. (Damn, I’m good at this child-raising thing!)

And how *dare* they make the couple look happy and adorable?! 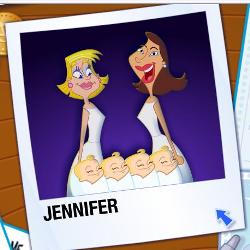 The redesign also included car game pieces that could be filled with plastic pegs representing a player’s growing “family.” The board game did not prevent players in any way from placing two pink or two blue pegs in the front seat, thus depicting a homosexual couple.

Jen raises another fantastic point about the mother not wanting to discuss homosexuality with her daughter:

While I personally think there’s nothing wrong with young children knowing about homosexuality, why can’t this mother just dodge the question like parents do with other things they don’t want their children knowing about? How many little kids ask their parents where babies come from before their parents want them to know the grisly facts of life? Granted, I don’t think we should lie to children about that either…but the fact is, blaming an online game for something that’s everywhere is just downright silly. Why not blame Life for including babies in the game?

You would think the Religious Right would love this game. After all, this is the one time you can actually “choose to be gay.”