Replace any word from the title of, or a line from, a book about atheism… with the word “Pants.”

For example, “The Pants Delusion” or “Atheism: The Case Against Pants.”

(If you use a line from a book, give us the name of the book and the page number!)

Here are the Top 10 answers (with submitters):

(In a reversal of the rules)

(In a reversal of the rules)

A memoir of how one woman learned to live without trousers, slacks, or britches.

This has the added benefit of possible sponsorship by Dockers.

There are no pants in foxholes.

What horrifying, frightening, shocking things take place inside this building…? 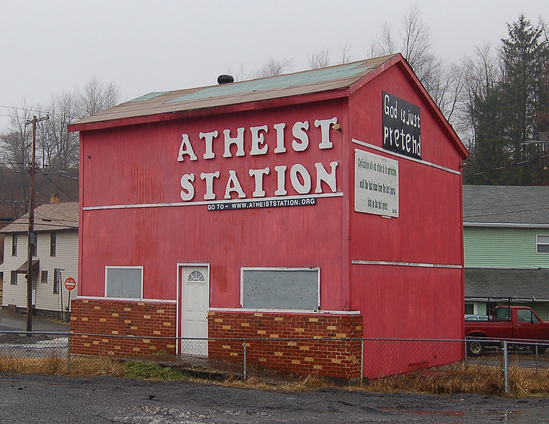 March 11, 2009
How Cool Is This Flying Spaghetti Monster Logo?
Next Post

March 11, 2009 Obama's First 50 Days Via Conservapedia
Browse Our Archives
What Are Your Thoughts?leave a comment