Remember the atheist bus ad that was put up by the New Orleans Secular Humanist Association? 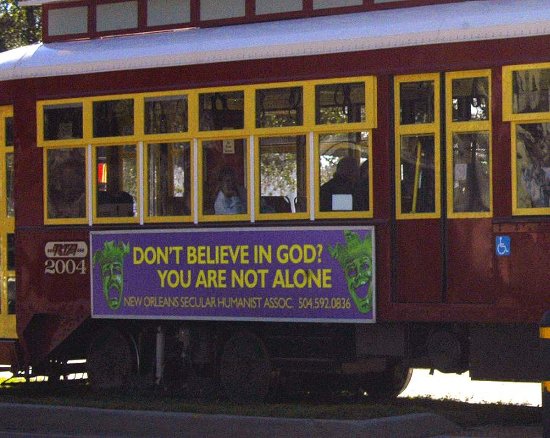 Well, there’s now a Christian response ad to it — similar to the ones put up in Britain: 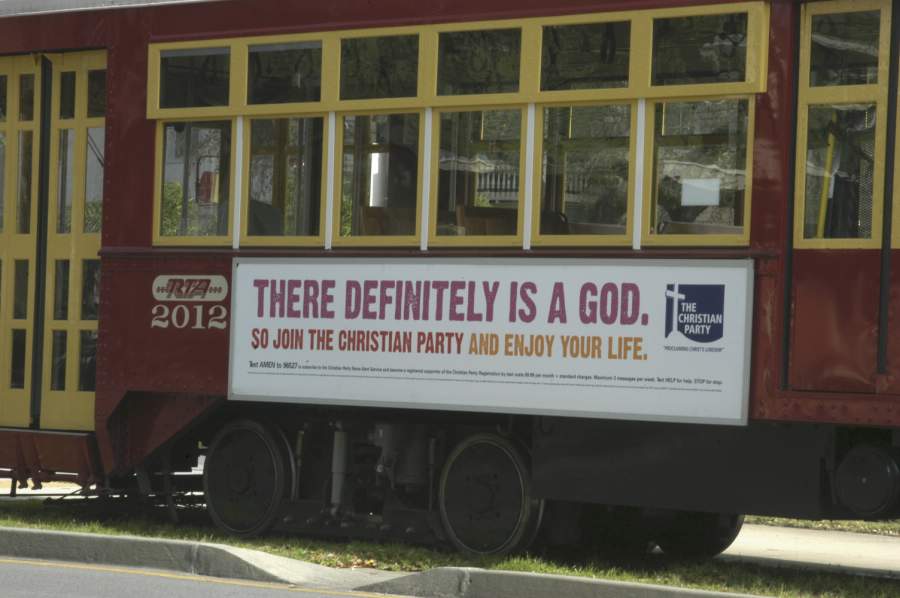 It reads “There definitely is a God. So join the Christian Party and enjoy your life.”

But what’s that writing underneath? Can anyone even read it? (It’s supposed to be on a moving streetcar, right?)

Thankfully, reader Doug let me know what it says:

Text AMEN to 96527 to subscribe to the Christian Party News Alert Service and become a registered supporter of the Christian Party. Registration by text costs $9.99 per month + standard charges. Maximum 3 messages per week. Text HELP for help. Text STOP for stop.

I’m not suggesting the atheist ads (in New Orleans and elsewhere) aren’t intended to raise a bit of revenue, but it’s the wording itself that is the focus of our ads, without any plea for donations. The atheists don’t have fine print for people to read. It’s all right there for everyone to see.

It’s not a huge deal, but I think we have the upper hand here.