Would You Pay for Something if You Didn’t Have To? January 19, 2009 Guest Contributor

Would You Pay for Something if You Didn’t Have To? 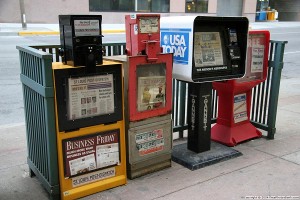 You put the money in, the glass door opens, you get your paper.

Now, let’s go to a province in Austria: 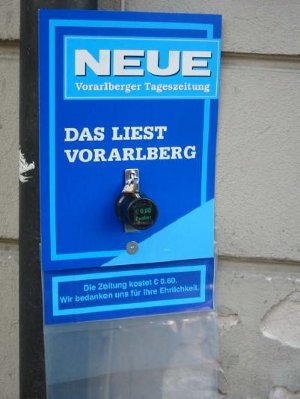 Here, you put the money in at the top. And you just grab your paper from the moisture-sealed bag below.

There’s nothing forcing you to pay, though. You could theoretically not pay anything and still grab a paper. It’s all based on the honor system. And therein lies the experiment.

Essentially, researches would clean out the coinbox and put one paper in the bag. After someone took the paper (and some time had passed), one researcher would check to see how much money that person paid. Another researcher would follow that person and, after enough distance had passed, stop the person “randomly” to interview him/her about a seemingly unrelated matter. By doing this, the researchers learned about the person’s “social behaviors.” (Not everyone was willing to be interviewed, and this was factored into the results.)

The people who had bought the paper had no idea there was a connection between the purchase and the questions they were being asked.

Not surprisingly, most people did not pay the 60 cents asking price for the paper. In fact, the average payment was only 26 cents.

What’s fascinating is the descriptions of people in relation to how much they paid.

Here is a list of characteristics compared to how much people paid more or less than the 26-cent average. 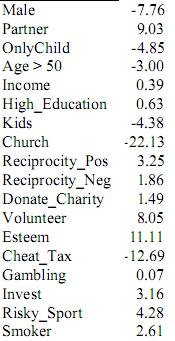 Those who regularly volunteers paid 8.05 cents more than the 26-cent average.

And… wait a minute… what’s that one…?

The people paying the least amount?

They paid 22.13 cents less than the 26-cent average. In other words, virtually nothing.

The researchers tried to explain this:

People who regularly attend service at church pay 22.1 cents less for the Sunday tabloid… This is a large effect, and we can only speculate with regard to its reasons. One reason might be that the church attendees lacked the coin money to make a proper payment. Active religious participation is high in the region, and on a typical Sunday morning it is plausible that many people might have donated some of their coin money to the church. Of course, this explanation does not change the fact that church attendees are particularly dishonest when paying for the newspaper. Another possible explanation is that the church attendees share relevant social traits. Gneezy (2005) found that honesty interacts with social preferences towards the person who benefits from one’s honesty. According to this explanation, a typical church attendee might believe that it would do little harm to the wealth of the publisher if he does not pay for the paper.

You can download the full study for free and gauge for yourself how valid this study is.

In the meantime, I wonder what other explanations there might be for these results.

And where would atheists stand in relation to the other characteristics included on the list?