A Book of Genesis You Can Appreciate January 14, 2009 Guest Contributor

A Book of Genesis You Can Appreciate

Artist Robert Crumb‘s illustrated version of the Book of Genesis is slated to be published in the Fall of 2009. 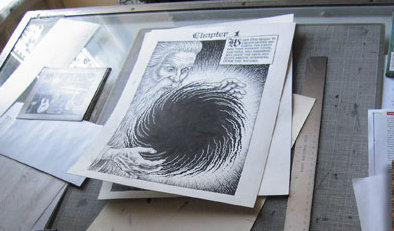 That will be awesome.

Comic editor Charles Kochman was asked what he thought would be “the biggest story in comics in 2009.” He said this:

The long-awaited publication of Robert Crumb’s Book of Genesis, an adaptation of the Bible story, which Norton will be publishing in Fall 2009. I had the privilege of seeing some of the pages in France two years ago, and the scope of the work has haunted me ever since. I’m sure the religious right will be all up in arms with cliché horror that a quote unquote “cartoonist” has defamed their sacred cow, but Crumb is taking this work very seriously, and Genesis is some of his best work.

January 14, 2009 Mark Driscoll's Article in the NYT Caught My Attention for Other Reasons...
Browse Our Archives
What Are Your Thoughts?leave a comment