Survival of the Weak and Scrawny January 8, 2009 cat

Survival of the Weak and Scrawny 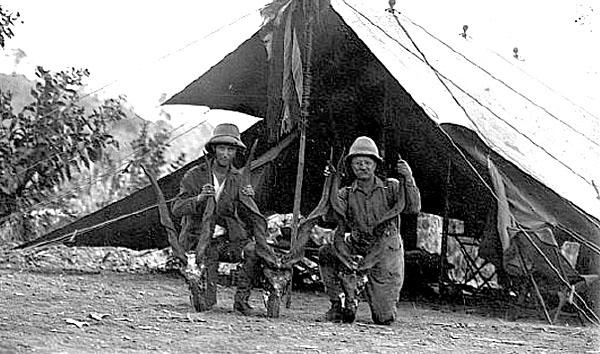 Newsweek had a really fascinating article this week about how hunting practices are leading to a kind of “evolution in reverse” as hunters kill off the “best” animals (whether elk, or elephants, or mountain goats, or whatever) and leave the weak and scrawny ones to propagate themselves. Of course, the article acknowledges that it’s not really “reverse” evolution, it’s just a shifting definition of “fittest”. When you add humans into the mix as a predator, suddenly large tusks or a big rack of antlers is no longer a survival trait, but becomes a detriment. Thus, the article reports, most elephants in Asia and Africa no longer have tusks, and mountain goat’s horns are getting smaller and smaller.

However, the article also cautions that this sort of “selective breeding” by humans may actually threaten the viability a species if hunting ultimately leads to a narrower and weaker gene pool. If you take out the most adaptive and best breeders of a species, the animals that are left might not have the genetic resources necessary to adapt to changes and challenges in its ecosystem. This could ultimately lead to extinctions, or at the very least, and somewhat ironically, the disappearance of exactly the kind of animals hunters most desire.

Anyhow, if I wanted to tie this into religion, and be a little snarky towards my Creationist friends and family, I could point out that here we have an obvious example of evolution at work. Right before our very eyes we can see Darwin’s principles being played out. However, I’m not really interested in picking a fight. Besides, most Creationists I know like to make a distinction between what they call “micro-evolution” (change within species), and “macro-evolution” (change from one species into another), and admit that the former happens while denying the latter. Thus they would simply say that this article describes microevolution, but doesn’t say anything about whether humans could have evolved from primates, or the like. So yeah, regardless of whether that’s actually a valid distinction or not, I don’t think you’d get very far using this article in a debate with them.

Besides, since I personally see no contradiction between evolutionary theory and belief in a Creator, stories like this don’t bother my faith in the slightest, and thus I really don’t have any agenda with this post other than to say “Hey, check this out! Isn’t this neat?!”