Proof That Arby’s is an Atheist-Owned Chain December 28, 2008 Guest Contributor

Proof That Arby’s is an Atheist-Owned Chain

Perhaps you’ve seen ads for Arby’s restaurants lately, like the really disturbing one where the wife fulfills her husband’s bedroom fantasy by dressing up like an Arby’s server…

Anyway, the slogan in this ad and others is “I’m thinking Arby’s”:

She drove past a local one and saw this: 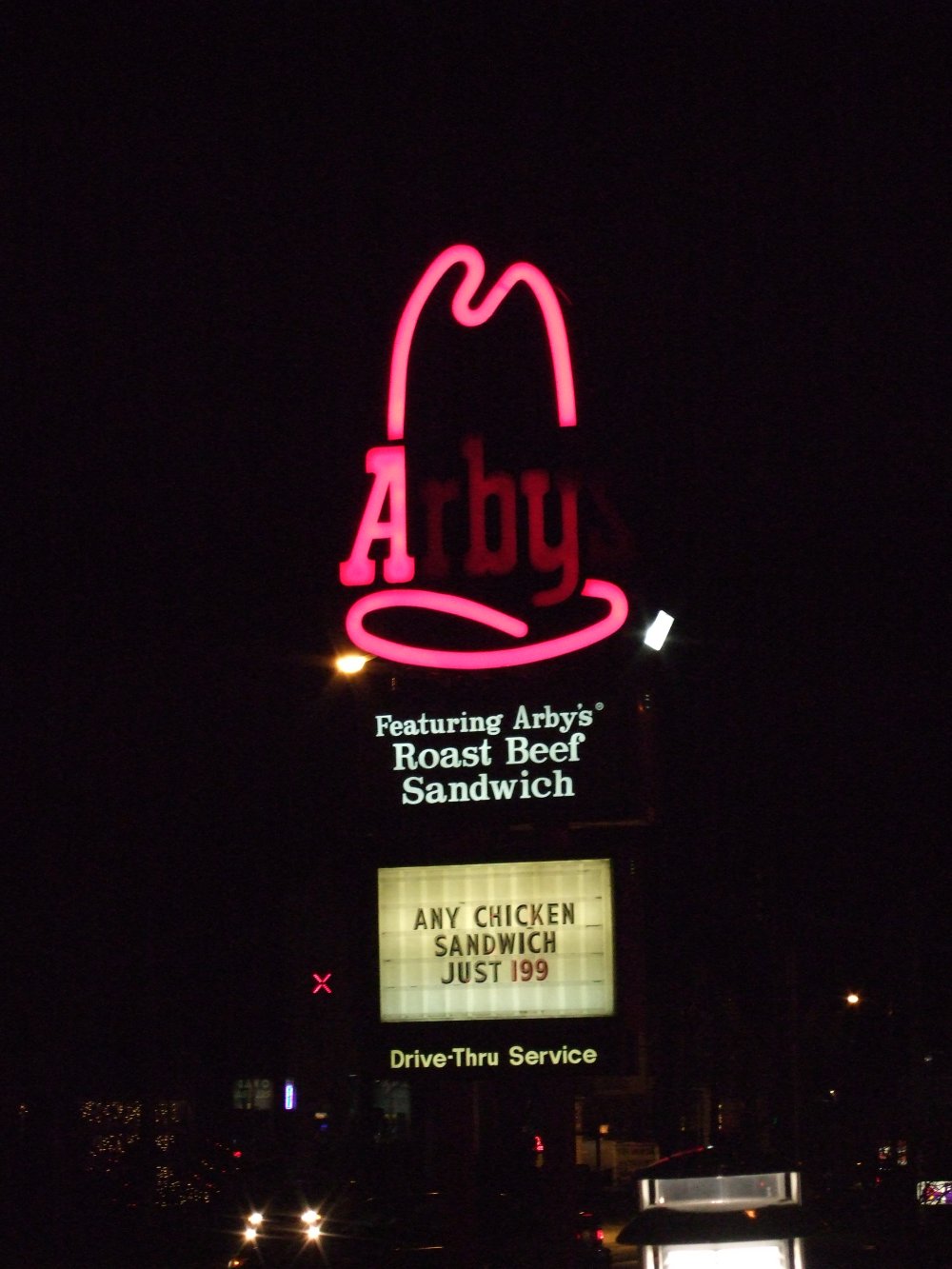 There’s only one letter being illuminated in the logo.

It’s the Scarlet A!

This can only mean one thing.

Arby’s must be an atheist-owned chain.

(Kind of like how Chick-fil-A is a Christian-owned one.)

As Lisa puts it, this puts a whole new spin on that “I’m Thinking” campaign: They really are!