I still say the Rick Warren controversy isn’t as big a deal as people are making it out to be.

That doesn’t mean I agree with his absurd, faulty, and hateful social views. 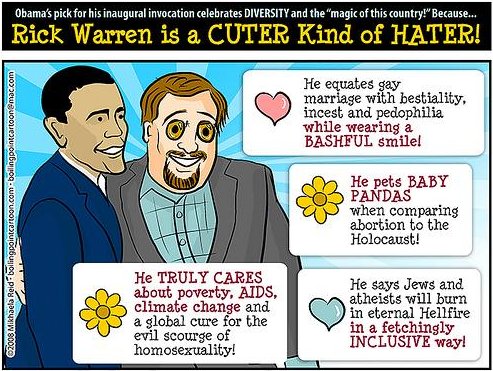 I’m amazed someone can be so effective and wonderful on certain issues… and so misguided and irresponsible when it comes to others.

Warren is making it difficult for non-Christians to respect him.