They’re not marketing it as such, but WVKO (Ohio’s Progressive Talk radio) celebrated their 1-year anniversary yesterday along with the help of Studio 35 in Columbus, Ohio by offering a free viewing of Bill Maher‘s movie Religulous.

Reader John didn’t know this was going on.

He just drove past the theater and saw this marquee: 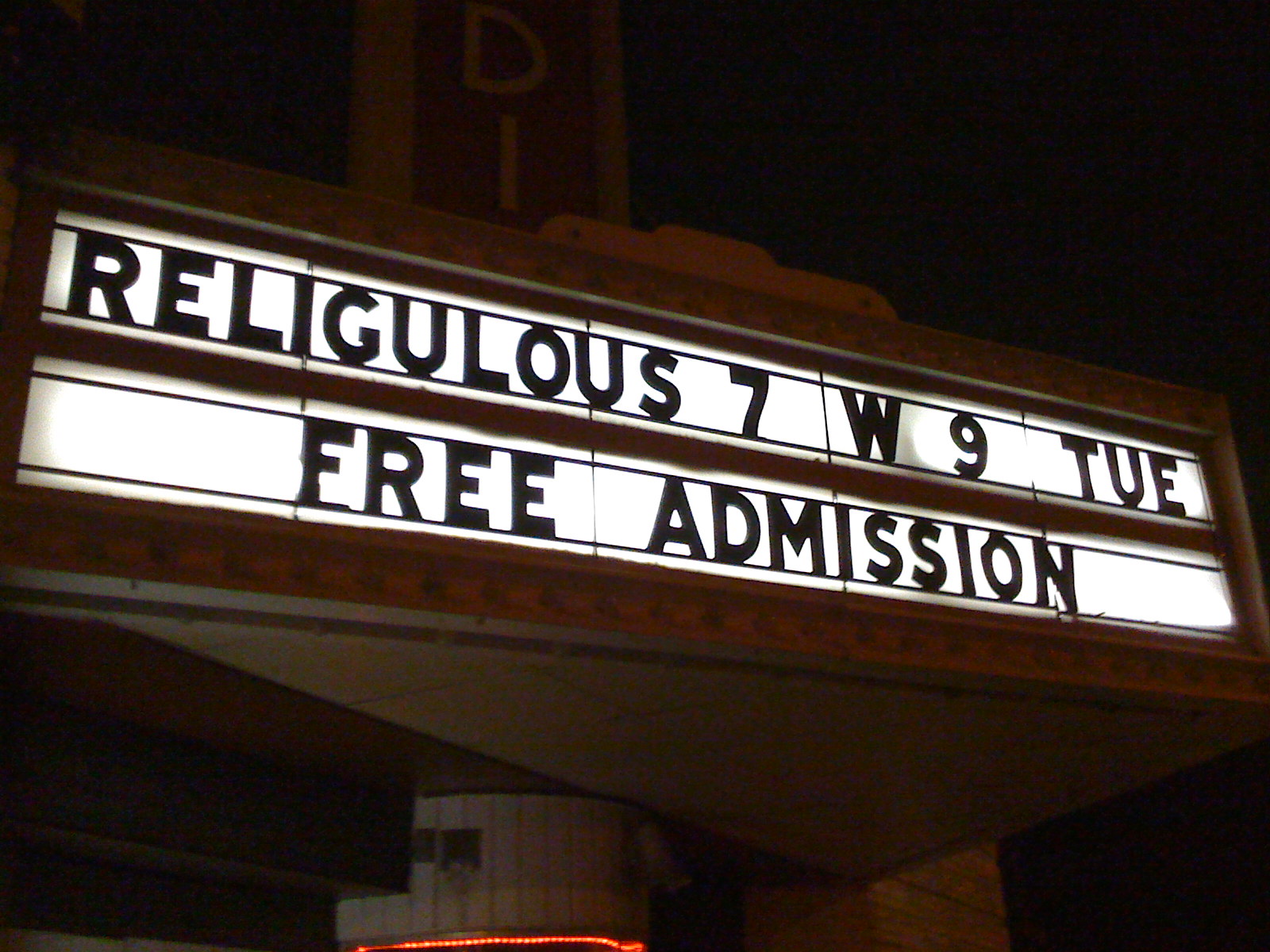 He couldn’t believe what he was seeing — He told his friend to pull over just so they could take the picture.

A free movie promoting the rational outlook? You don’t see that very often. You never know — it could’ve just been a mirage.

Anyway, here’s hoping a random passer-by saw the same marquee and decided to find out just what this “atheism” thing is all about…

(Thanks to John for the link!)

December 10, 2008 Atheists Visit the Creation Museum
Browse Our Archives
What Are Your Thoughts?leave a comment