A Foxhole Atheist Speaks Out

Benjamin Tupper, an atheist captain in the Army National Guard, recently shared a story about a friend of his from Afghanistan on National Public Radio. 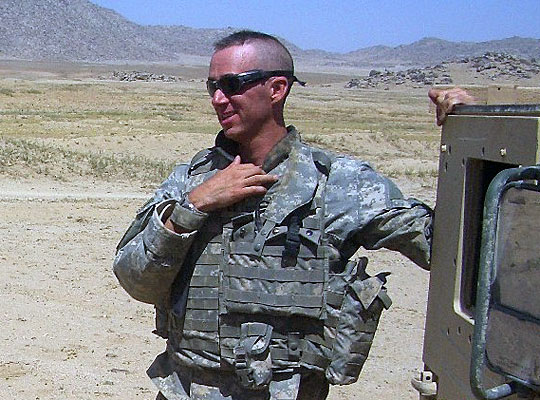 It’s a sad story, but two aspects of it stood out to me:

Religious debate was friendly and civil between the two guys. It didn’t sound like Tupper or Fayez were hellbent on converting the other to his line of thought. That allowed their friendship to flourish.

Then there was Fayez, one of our Afghan interpreters, who was the most eloquent in explaining the pillars of Islam. One night, I described my faith — that men could do good deeds without interference from God — and my fear that religion caused much of the strife we witnessed daily in Afghanistan. This was met by a chorus of condemnation. Fayez floored everyone by interrupting to say that they all should consider the possibility that I was right. This was a brave thing to do in a country where, even today, people face death for questioning Islam.

It would be dishonest to say that, in the shadow of his tragic and cruel death, I’m now a believer in the afterlife. But I can say, if there is such a thing as heaven, Fayez surely belongs there.

Of course, the NPR headline-writer ignores the focus on the friendship, choosing instead to highlight the author’s lack of faith:

There ARE Atheists In Foxholes

Not really the point of the story… still, its good to see NPR airing the essay.