Getting the Devil to Market Christianity December 5, 2008 Guest Contributor

Getting the Devil to Market Christianity

This Monday, The Prayer Channel, a Catholic religious television station in New York, will be rebranded as NET (New Evangelism Television).

In order to market the new station, NET is enlisting the services of the Devil.

“The Church has used the good vs. evil conflict to promote religion for two centuries,” [a spokesperson for the Cesario Migliozzi ad agency] added. “In our campaign, the Devil urges viewers to avoid good TV and stick with ‘crappy, pointless, bad television,’ said Ad Agency partner Michael Migliozzi in announcing the new campaign. “There is even an online petition fronted by the Devil, in which viewers pledge not to tune into NET.”

Actually, I take that back. At the website StopGoodTV.com, you can speak to the Devil himself. He’s kinda freaky. And he doesn’t even answer your questions properly, choosing instead to stick to a prepared script. 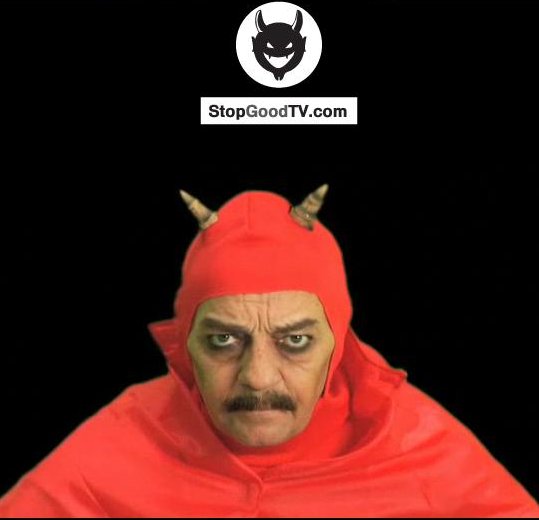 This isn’t the first time the Devil has been used in an ad campaign by Christians.

Satan replied to those, too: 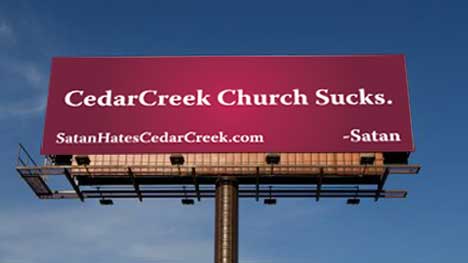 I understand the mind of the marketers. But even Christians looking at these billboards know it’s not actually Satan doing the talking.

If a church wanted to be effective, they wouldn’t use Satan in their marketing to bring people to church.

Imagine the power and publicity of a billboard featuring an atheist (or an actor portraying one, anyway) saying he refuses to go to a particular church. I’m sure Christian ad companies could figure out plenty of reasons why the atheist wouldn’t want to go… it’s too Godly? It makes him think too much? He prefers to be a loner? He doesn’t want to give up his immoral lifestyle?

Real atheists would see past all that, of course. But for people who don’t know any better? I could see it being (unfortunately) effective.

(Thanks to Paul for the link!)