While bands like The Killers and The Jonas Brothers are openly religious, there are many more who either rubbish religion completely or despise everything it stands for. Gigwise takes a look at a collection of bands and music stars who have shunned, mocked or slammed religion either in interviews, through their songs or artwork. Some are atheists, others express mild disapproval and at the other extreme there are anti-religious groups who vehemently slam the church, God and Jesus Christ. Beware, some examples are shocking… 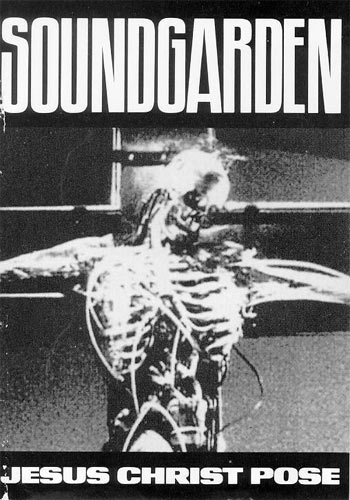 In 1991 Chris Cornell and his band Soundgarden released the track ‘Jesus Christ Pose’. While not openly criticising religion itself, the song instead slams people who use religion either for personal gain or claim they are persecuted for their beliefs. The video upped the ante somewhat, including footage of burning crosses, a crucified skeleton and (most shockingly for the Christian right) a woman nailed to the cross.

Some of them are obvious, but many I’d never even heard of before.

(Thank to Jason for the link!)

November 28, 2008
Do You Really Support Freedom of Speech?
Next Post