Glendale Community College in Arizona recently staged The Laramie Project, a play about Matthew Shepard, in honor of the tenth anniversary of his murder.

Guess who was there to protest?

But more than 100 people from several organizations (including the Secular Freethought Society from Arizona State University and a local atheist Meetup group) were there waiting.

The people from the church ended up just driving by and shouting that we were all going to hell, but that was the end of what they did. Normally they are in full force protesting the play and any related events that have anything to do with gay rights. These people from this church are bad people, spreading hate.

Everybody there who was in these photos was speaking for love, and human rights, and to end the discrimination against gay people.

The pictures by photographer David Venezia are inspiring.

Here are a few of my favorites: 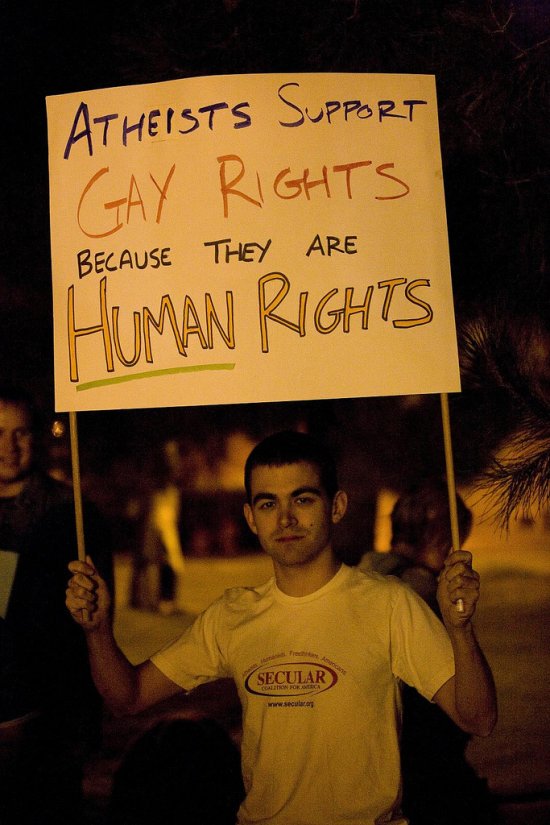 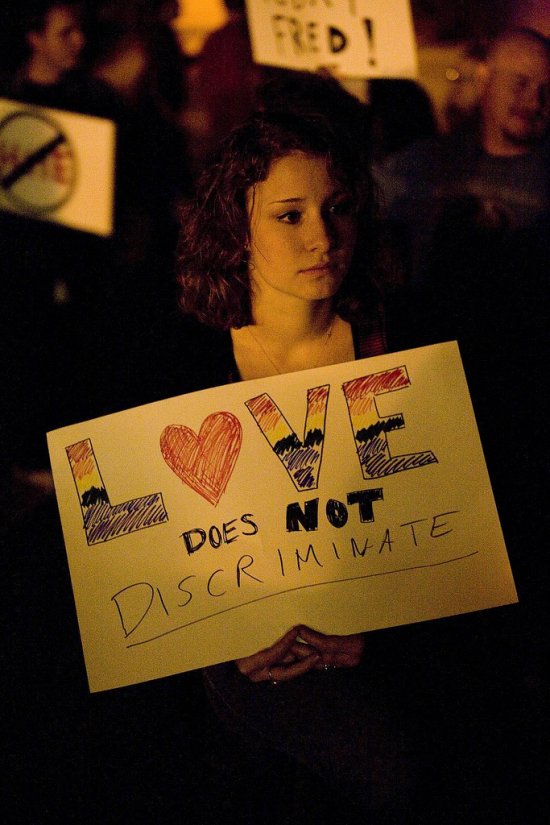 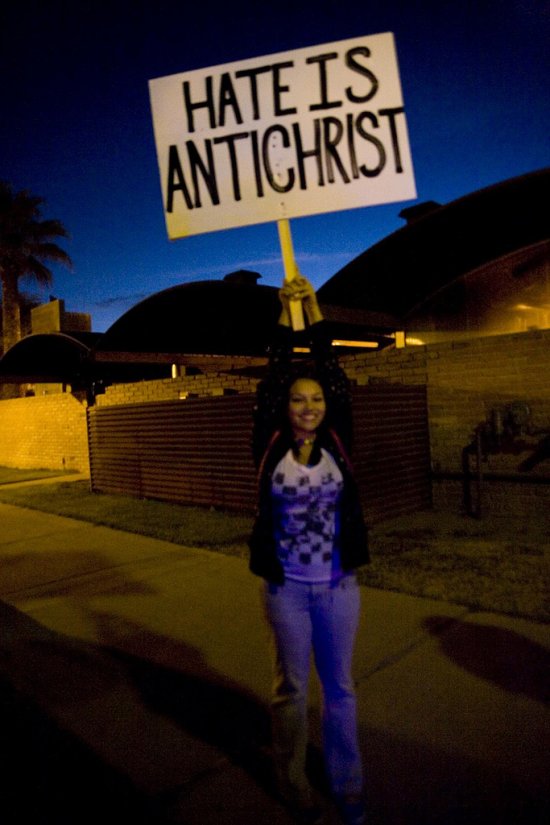 The full collection is here.