I spent election night at the Barack Obama rally in Chicago. It was an incredible experience. Though I was with a “ticketed” friend, I still ended up far away from the “on-air” action, but I was still in the crowd, joining in the collective experience.

Some highlights from the evening:

Obama won’t live up to every expectation, but I have confidence he’ll learn from his mistakes and surround himself with people more intelligent than himself in key areas.

For that, I’m thankful.

Other highlights from the night:

Pete Stark (D-CA), the only openly non-theistic Congressperson, won his bid for re-election.

Since he only “came out” in 2007, I believe this marks the first time that an openly non-theistic person has won a race for Congress.

“This year, we saw an incumbent U.S. Senator not only defeated but roundly criticized after trying to paint her opponent as godless; and now we see an openly godless member of the House handily re-elected,” said Herb Silverman, president of the Secular Coalition for America. “This looks to us like progress, and we praise Rep. Stark for his courage and leadership.”

For that, I’m thankful, too. 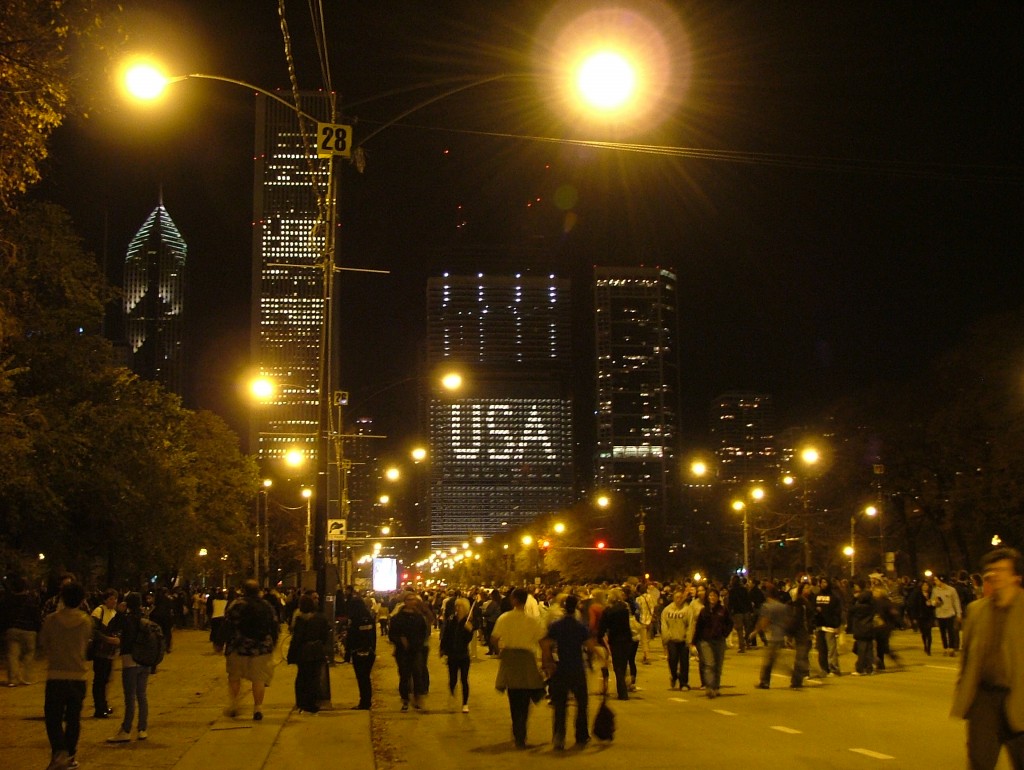 Not everything is wonderful, of course.

The paranoia of gay marriage worked its way through the Christian churches in California. And Arizona. And Florida.

But as far as the presidency goes, we succeeded.

My feeling is that gay marriage is only temporarily halted. The Religious Right will lose this battle. Younger voters were and will be overwhelmingly in favor of equal rights for all of us even if conservative Christians are against it. And from what I hear, old people disappear after a while.

November 6, 2008
Brief Thoughts on the Barack Obama Presidency
Next Post

November 6, 2008 Questions for Anyone Who Voted for Proposition 8
Browse Our Archives
What Are Your Thoughts?leave a comment