When the North Carolina Republican State Executive Committee (and the Elizabeth Dole campaign) sent out a mailing attacking Dole’s Senate-seat opponent, Kay Hagan, for associating with atheists, they thought they would smear her character. They thought the same thing when they issued a press release criticizing Hagan for attending a fundraiser hosted by atheists.

Elizabeth Dole has been rightfully called out as a bigot. Money is pouring into Hagan’s campaign (not just because of this issue, of course, though it certainly helps). And Hagan has taken a strong lead in the polls.

Somehow, the Republicans think the bigotry card will still work.

In a brand new mailing, we see this gem: 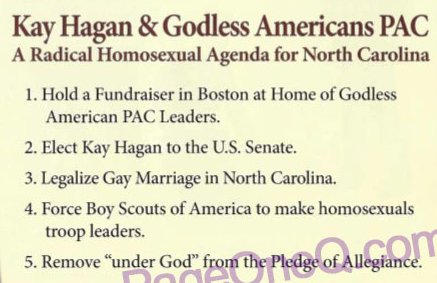 And seriously, if we had one, would the #1 item be to “hold a fundraiser”?

We all know the Atheist Agenda would include a ban on bananas and mandatory abortions for everyone. 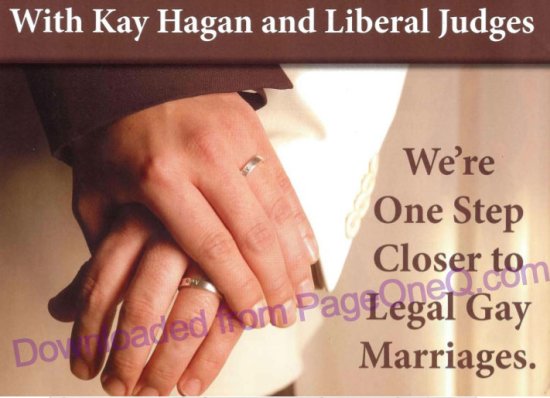 Apparently, that’s supposed to be evil and scary. I don’t see it.

It’s not too late to donate to Hagan if you want to help her take down Dole and her Republican allies.

(Thanks to Greta Christina for the link!)

October 23, 2008
Quotes of the Day: Bill Donohue Responds to Family Guy
Next Post