Indian Censors Say No To “Condom” and Yes to Sex October 10, 2008 Guest Contributor

Indian Censors Say No To “Condom” and Yes to Sex

This isn’t about atheism, but it is about unnecessary censorship. Which you know you care about.

If you’ve ever seen an Indian movie, you know there isn’t much in the way of sex scenes. Suggestive looks and flirtation, yes. But you will rarely see even a kiss in a Bollywood film.

So it’s a bit risqué that there is a makeout scene in the new movie Hello featuring former Miss India and Maxim model Gul Panag. 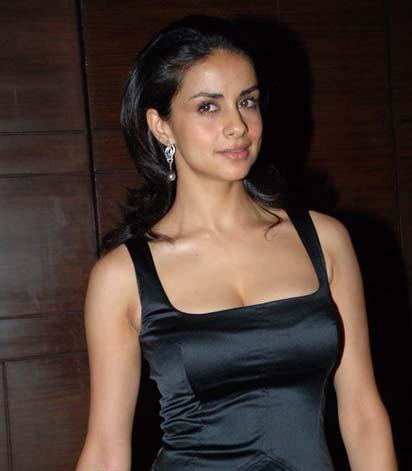 Of course, this is leading to a controversy, but not for the obvious reasons.

In the scene, Panag and actor Sharman Joshi start getting it on (in a PG-13 way, I presume). Panag’s character asks her partner if he has a condom.

The Censor Board (India’s version of the MPAA) decided that the final cut of the movie must remove the dialogue about the condom.

However, the lovemaking scene could stay in.

That paradoxical move is in a country where safe sex campaigns are advertised frequently in TV and radio.

The actors don’t understand the contradiction.

Here’s Panag in an interview:

Now let’s talk about this controversial news doing the rounds since yesterday — Your beeped dialogue where you used the word ‘condom’.

I think that’s very ridiculous. It’s a very simple question I ask Sharman before we go into this lovemaking scene, ‘Do you have a condom?’ And that’s the word ‘condom’ which the censor board is going to beep out. This is when the NACO, which is the National Aids Control Organisation which runs, adverts all over the country for prevention and awareness of aids.

For family planning, we promote the use of condoms. We have ringtones that are being released by the public health department, which goes like ‘Condom condom condom…’ But when such a word is used within a film the censors have a problem. Even in my previous film ‘Manorama Six Feet Under’ there was a word ‘condom’ used which was beeped out when I tell Abhay Deol to use one. In that, it was used in the context of family planning but in ‘Hello’ it is used for safe sex. This is a continuation of India’s hypocritical standards towards such things.

Have you then filed a complaint to the censor board?

I’ve been adviced to write about it but I will send the letter post the release of Hello.

This isn’t the first time Panag has faced this issue:

Interestingly, this is not the first time a ‘condom’ dialogue has been deleted from Gul’s movie. In her last outing with Abhay Deol titled Manorama Six Feet Under, a similar dialogue was hacked by the Censor Board. “Yes, the scene had me pulling up my husband (Abhay) for not using a condom and getting me pregnant. The dialogue goes like this, ‘Agar tumne us raat condom use kiya hota, toh aaj yeh din nahin dekhne padte’ (had you used a condom that night, we wouldn’t be facing this plight). I was shocked to learn that the Censor board had objected to the dialogue,” says the actor.

An irate Gul thunders, “Don’t we all make out? Didn’t our parents have sex? If we don’t find that odd then why are we finding it odd here? Condoms promote safe sex and deleting dialogues that actually encourage people to use them during casual sex is hypocrisy.”