Are You Getting Out the Secular Vote? October 8, 2008 Guest Contributor

Are You Getting Out the Secular Vote?

The Secular Coalition for America wants to know what you’re doing to get out the secular vote in America:

They are looking for both individual and group activities that are promoting the visibility and issues of our constituency for possible media coverage.

The Coalition is most interested in the swing states, which include Ohio, Pennsylvania, Colorado, New Hampshire, Virginia, Florida, Nevada, and Missouri. However, if you have a great story from a “red” or “blue” state the Coalition would like to hear from you too.

By sharing these stories, you can help the Secular Coalition for America show politicians and the media that they cannot afford to ignore the votes and values of atheists, humanists, agnostics, Brights, freethinkers and other secular Americans.

Your party affiliation does not matter here. They’re just concerned with what you are doing to get secular voters organized and visible.

There is also time to submit your Secular Values Voter Video!

In the meantime, reader Bjorn has created these nifty (and, I must say, slightly creepy) partisan buttons for anyone who may want one: 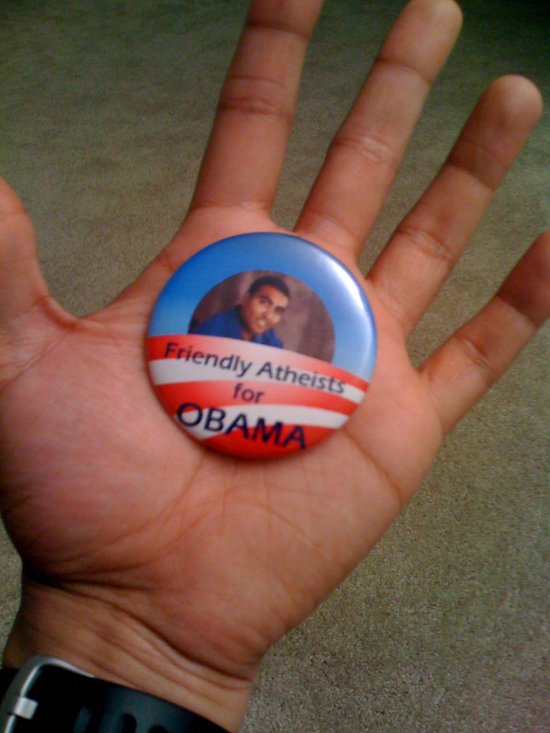 Want one? Will you wear it proudly?!

Will you promise not to make fun of the picture of me that he used?!

(Via the Secular Student Alliance)