The arguments against vegetarianism/veganism and atheism are both similar and weak, says Brad Pritikin. 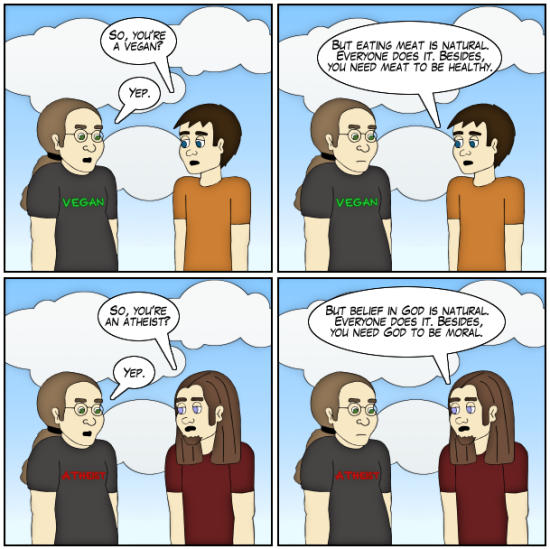 That’s just a snippet. The full comic can be seen here.

If you’re one but not the other, what’s your reason?

Perhaps you think, as co-artist and non-vegetarian Lisa Faires does, “I can’t stop because mmmm.”

October 5, 2008 A Young Adult Novel Dealing with Church State Separation
Browse Our Archives
What Are Your Thoughts?leave a comment