In Greek Mythology, Cronus was a Titan who learned that his own son would one day destroy him, just as Cronus had defeated his own father.

So he ate his children when they were born.

Demeter, Hera, Hades, Hestia, and Poseidon — All swallowed whole as they were born.

Except Zeus. With the help of mother Rhea, Zeus was born in secrecy. And Zeus eventually destroyed Cronus.

Reader Greg was in Munich recently and he visited Schloss Nymphenburg (The Nymphenburg Palace) where a statue of Cronus is on the premises.

He sent me the picture of the statue: 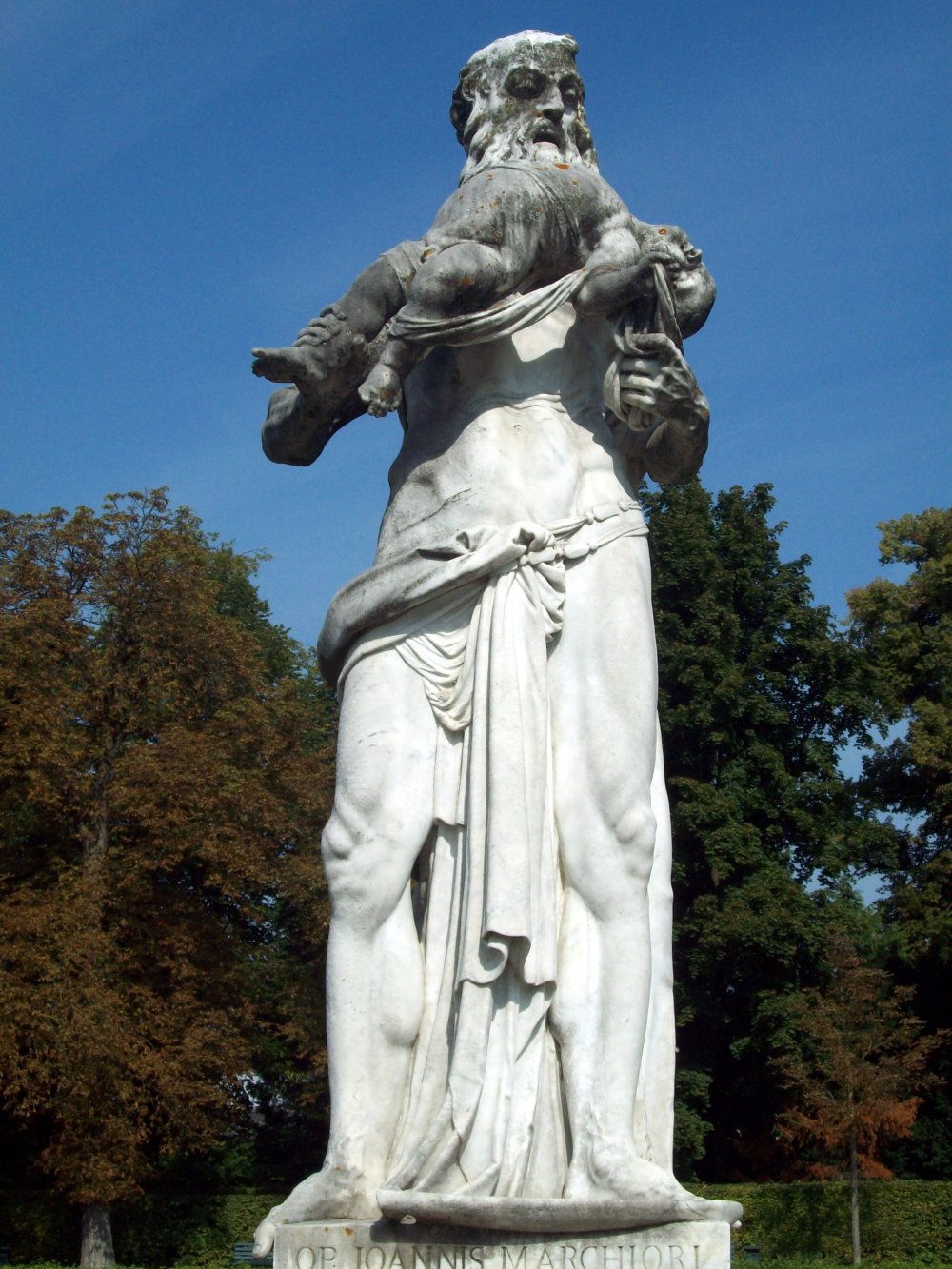 I think it’s safe to say Cronus was an atheist 🙂