No Prayers at This Senior Center September 4, 2008 Guest Contributor

No Prayers at This Senior Center

Back in June, a senior citizen at the Verde Valley Senior Center in Arizona was getting annoyed by the constant Christianity thrown in her face — there were prayers and religious music playing before meals, for example.

So the Freedom From Religion Foundation stepped in. 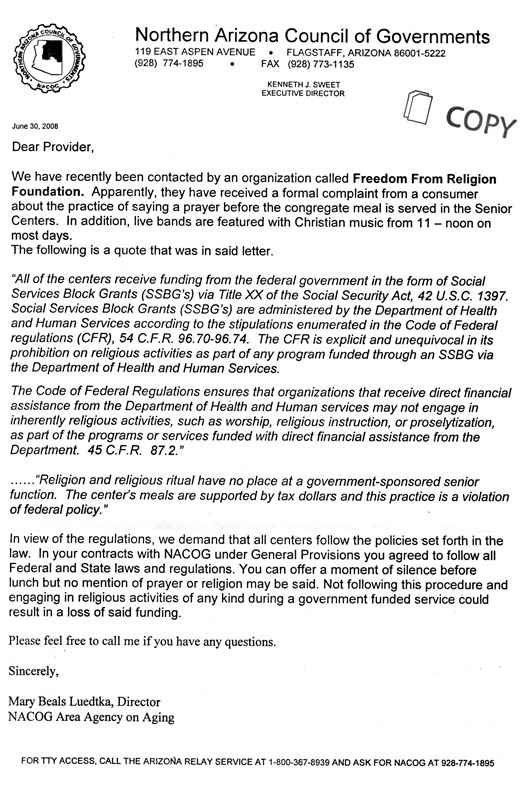 Based on my interpretation of the FFRF article, it seems like the senior center stopped the prayers. Individuals can pray if they’d like (or play religious music if they’d like) but it won’t be sponsored by the center itself.

We know government-supported organizations cannot force a particular religious viewpoint on their members.

The problem is not just that it goes on in so many places.

The problem is that it all too often goes unreported.

If you see someone proselytizing inappropriately, let groups like the FFRF or Americans United for Separation of Church and State know. They can help you.

September 4, 2008
Even Some Christians Have a Problem with Sarah Palin
Next Post