I still don’t know the story behind the name, but so far, I’m liking what I see on The Edger, a new collective blog by secular students. 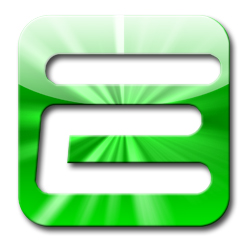 Besides the original, interesting articles, they are doing a lot of important things potential bloggers would be wise to learn from:

The Edger is getting linklove from bloggers only in the past couple days (from what I’ve seen), but they’ve actually been blogging non-stop for a couple weeks. This gave them a chance to work out problems and get used to the “blogging schedule.”

When group blogs often begin, a couple people may post often while others won’t do anything. It’s too soon to tell what will happen here, but so far, everyone’s contributing. And as a result, they’re covering a lot of relevant stories.

Already, I’ve seen aggressive atheists, friendly atheists, and everyone in between. That’s a nice mix to have — something for everyone.

This isn’t just an atheist blog. It’s a student-led blog. And that stands out. Much like skeptical women.

There’s a nice logo, the ability to comment and share posts with social bookmarking sites, lots of futuristic green in the design, and a subtitle that makes no sense to me even though I get the reference.

But it looks like it’s professionally done. And that’s important when it comes to looking serious.

I do have a question about it, though:

The site says they are a “Center For Inquiry student initiative” without explaining what that means. There’s no link to the site from the CFI — On Campus website as far I can tell, and I’m not sure what connection, if any, exists between the two. Maybe it means they are students who met each other via CFI’s student conference… but if they met at a grocery store, this wouldn’t be a “grocery store initiative”… so there must be some connection to CFI, but I can’t find it.

In any case, best of luck to the group. I’ll be keeping up with the site, and I hope you do, too.

August 23, 2008 Should PZ Myers Have Desecrated the Communion Wafer?
"Inner circle atheist."
larry parker Here Are Some Helpful Tips for ..."
"That's interesting. Just shows one shouldn't extrapolate from false analogy."
red-diaper-baby 1942 Conspiracist: I Pretend to Be a ..."
"I was wondering the same thing. I hope it isn't like the still much missed ..."
red-diaper-baby 1942 Podcast Ep. 364: This Sermon Was ..."
"He's very friendly!"
GrandmascienCe This is What Christianity Looks Like ..."
Browse Our Archives
What Are Your Thoughts?leave a comment