Atheist to Italy: Get Religion 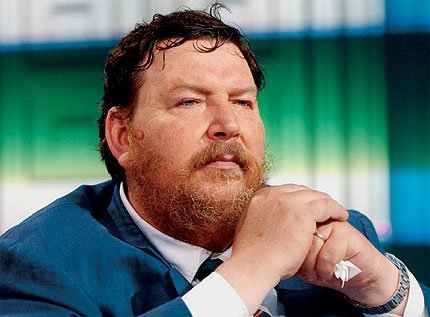 One fringe candidate is different.

He is Giuliano Ferrara, a Communist turned conservative who is Italy’s most operatic and most mercurial intellectual provocateur. A newspaper editor and former government minister, Mr. Ferrara is best known here as a television talk-show host. He combines the political theatrics of an Abbie Hoffman with the rhetorical flair of a William F. Buckley.

To his critics, he is an opportunist, a consigliere ever in search of a new prince, a misogynist meddler trying to draw Catholic votes away from the left.

He’s also an atheist who doesn’t fit the typical mold:

… Mr. Ferrara is running for Parliament on a small slate devoted to a single issue: “pro-life,” which he defines loosely. An avowed atheist and nonbeliever, he has called for a “moratorium,” but not a ban, on abortion, to call attention to the value of life.

When a health inspection found that an illegal, late-term abortion had been performed on a fetus with Klinefelter’s Syndrome, whose symptoms include small testicles and large breasts, Mr. Ferrara said that was no grounds to abort. He said he, too, might have the syndrome — and anyone who doubted him could take a look. But Mr. Ferrara is an unlikely pro-life crusader; he has acknowledged that in his early 20s, three of his partners had abortions.

Ferrara has said he’s concerned more about intellectual advancement than winning the election: “I’m a man in search of ideas, not votes. That’s only a means.”

In the process, he has formed a bit of a bond with the Catholic Church:

One obvious question is whether Mr. Ferrara is inching his way toward the Church as if it were the last best hope for a politics of ideas. He denies this. “I’m not asking for their support, not in any way,” he said. “Of course it’s also true that I don’t have it.” Indeed, three leading Catholic publications have criticized Mr. Ferrara’s campaign, saying matters of faith should remain private. But on a recent visit to a church in Mr. Ferrara’s neighborhood in Rome, Pope Benedict XVI shook his hand. Mr. Ferrara said in the interview that he had a “relationship” with the Church, but no political ties.

For his part, Mr. Ferrara says he remains an atheist. “I’m not a converted Catholic,” he said. “I’m still a nonbeliever, even though my idea of reason is the idea of a reason which is open to mystery.”

Ironic that the atheist would need a miracle to win.