Battlestar Galactica will begin its fourth (and final) season tonight.

Here’s the promo picture for the premiere: 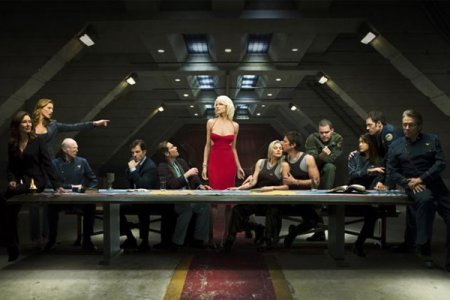 And for those interested in the sci-fi genre, Dragon*Con is taking place on Labor Day weekend (Aug. 29th to Sept 1st) and the guest list is already filled with impressive speakers (including the following from the skeptic/atheist world):

Anyone planning on attending?

(Thanks to Susan and Deanna for the links!)