The tragic story of Madeline Kara Neumann never needed to happen. She’s the 11-year-old girl who needed medical help for her ketoacidosis but got prayer instead. Thanks to her ignorant parents, she’s dead. 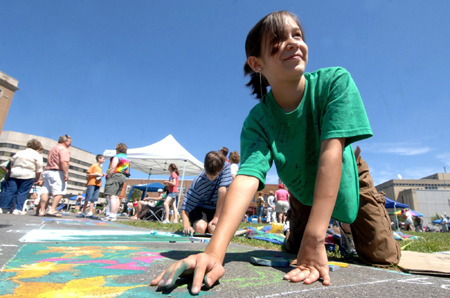 Charges against the parents are pending.

The girl’s parents, Dale and Leilani Neumann, attributed the death to “apparently they didn’t have enough faith,” the police chief said.

They believed the key to healing “was it was better to keep praying. Call more people to help pray,” he said.

The mother believes the girl could still be resurrected, the police chief said.

I’ve read some reports that say Madeline’s three siblings are staying with relatives while other say they are still in their parents’ custody. The police chief Dan Vergin has previous said this about the siblings:

“They are still in the home,” he said. “There is no reason to remove them. There is no abuse or signs of abuse that we can see.”

Which is absurd. When religious belief turns into preventable homicide, it’s abuse. The kids need to be protected from the parents, who knew what had to be done (calling the doctors) but chose otherwise.

The Freedom From Religion Foundation has put out a release that calls for Wisconsin legislators to “remove from the statutes its exemption sanctifying child homicide in the name of faith.”

It’s one thing for an adult to choose prayer over medicine. But it is sheer child sacrifice to permit parents to eschew medical diagnosis and treatment of ill offspring. Parents do not own their children, much less have the right to endanger their children’s lives by callously disregarding medical needs in the name of religion.

Their “best” was not good enough. Nor is the religious exemption provided for by Wisconsin statutes, similar to what many states have adopted under pressure of the Christian Science lobby. What they don’t realize is that doing nothing to help their daughter is parental negligence, which is criminal. The parents can still be charged, at least with some form of negligence or child abuse. But more action is required.

As a memorial to the painful, frightening and needless death of Madeline Kara Neumann, the Wisconsin Legislature needs to finally show some gumption, and remove from the statutes its callous exemption sanctifying child homicide in the name of faith.

That exemption refers to the part of the WI statutes that defines various types of abuse (PDF). The part in question says this:

EXCEPTION. Nothing in this section may be construed to mean that an individual at risk is abused solely because he or she consistently relies upon treatment by spiritual means through prayer for healing, in lieu of medical care, in accordance with his or her religious tradition.

That exception is what may get Madeline’s parents off the hook.

They need to face the consequences for what they’ve done. And the state needs to use the Neumanns as an example — to show others that needless negligence in the name of religion will be prosecuted.

(Thanks to everyone who sent links to this story.)