(D)evangelical Comedy in NYC This Saturday

Atheism and comedy intersect this weekend at The PIT in New York City. 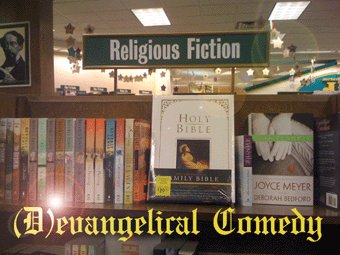 As Richard Dawkins once said, “Faith is the great cop-out.” Five atheist comedians talk about religion and the evangelization of America. Like a Cecil B. DeMille villain, they demand to know where your God is now, although they don’t really expect much of a response. Prompt apologies if there is one. Featuring John F. O’Donnell, Kumail Nanjiani, Mike Drucker, John Knefel, and Jamie Kilstein. You bring the brimstone; we’ll bring the doubt.

(via No God Blog)

March 27, 2008
Conference Call with the Disasterminds Behind Expelled
Next Post

March 28, 2008 Why Do I Love Canadians?
Browse Our Archives
What Are Your Thoughts?leave a comment