How Much is That Jesus in the Window? March 27, 2008 Guest Contributor

How Much is That Jesus in the Window? 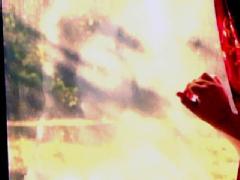 A bedroom window of a Beaverton woman is up for auction on eBay.com, KPTV in Beaverton reported.

Sharel Fox said water vapor appeared on her window four years ago and formed the image of Jesus Christ.

Now, she is selling her house, but before she does, she wants to remove the window in her bedroom.

Fox said she isn’t a Christian, but the image appeared during a difficult time in her life. She said it helped her through, and now she hopes it will do the same for someone else.

“I would hope that somebody gets it who wants to put it out where other people can see it,” Fox said. “The fact that this image has come into a non-Christian households says, ‘You know what, it’s OK that you’re not Christian. I’m still there.'”

I can’t find the eBay link. (Who would be so crazy as to sell something religious on eBay in the first place…?)

But that may not be the real Jesus, who’s actually appearing on the face of a stone: 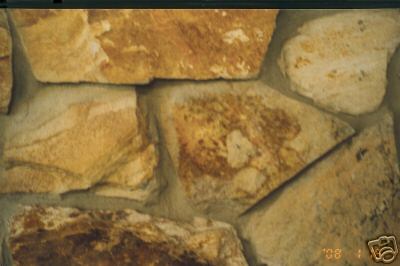 Or maybe this is the real Jesus, appearing as mold in someone’s shower:

The family says they will never clean the spot and they now treat the shower like a shrine.

Laquan Joyner says “I was like yeah, a real live image of Jesus is in the shower. I couldn’t believe it either. But it’s there. And my grandmother came, and she saw it and said, I’ve seen everything.”

Meanwhile, a cross has been appearing on the side of some dude’s house:

He’s sees a cross on the right side.

I see a garbage can on the left side.

I think I’m closer to the truth.

Someone please help these deluded people…

March 27, 2008 Conference Call with the Disasterminds Behind Expelled
Browse Our Archives
What Are Your Thoughts?leave a comment