For Those Who Want to Buy Muslim Swag… March 17, 2008 Guest Contributor

For Those Who Want to Buy Muslim Swag…

You have your choice of this: 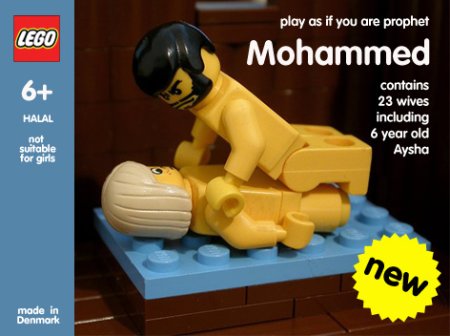 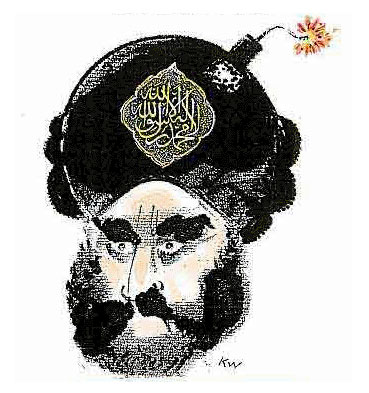 The first one’s a joke (via My Confined Space)

The second one — Kurt Westergaard‘s famous Mohammed cartoon that made radical Muslims throw violent hissy fits around the world — is up for auction:

It could command great interest at auction. Auction houses, however, were voicing doubts about the wisdom of putting such a controversial item on sale.

“It’s too hot to handle,” said Franck Lombrail, an auctioneer in Paris. “It would represent a risk for the public at the sale,” he added.

Westergaard hopes that the cartoon is worth more than the £2,500 suggested by McNally. His wife, meanwhile, has proposed selling all of the Muhammad cartoons for £50,000 to “a rich Arabian oil sheikh” who could then burn them in Mecca. The cartoonists would get half of the money. The rest would be donated to needy Muslims.

The Freethinker offers a different solution:

We at the Freethinker that the price should be upped to £100-million, half going to the cartoonists in reparation for the death threats and insults they have suffered, and the rest to establish clinics in strategic places to help cure people of the devastating mental illness called Islam. There would then be far fewer needy Muslims once they are helped to shake off their medieval delusions and begin engaging far more positively with the real world.

I’d be surprised if the auction winner was open with his/her identity. With all the hell Westergaard has been through for drawing the cartoon, you have to wonder what the reaction would be against the person who wants the original.