If you’re an independent voter, listen to lawyer Eddie Tabash talk about the dangers we face with another conservative president and a Supreme Court that could be heading toward disaster with the next appointment. 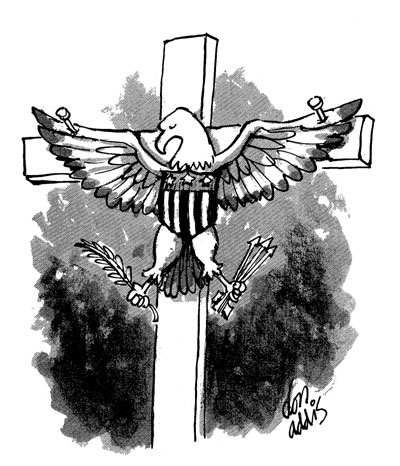 We don’t need that to happen for another four years.

And Barack has the best chance of defeating John McCain.

February 5, 2008 The First Humanist Wedding in Poland
"Looking at the demographics and economy in the Johnson City area, if you don't have ..."
SltryPrNstyBrtsh&Shrt TN Republicans Tell Colleges to “Prohibit” ..."
"So, just like religion?"
Jim Jones Irrational Catholic Archdiocese Urges People to ..."
"When you breed jackass (donkey) to a mare (horse) you get a mule, a useful ..."
Erik1986 Texas Republican Files Bill to Inject ..."
"In early American public schools, the Bible was used as a textbook as well as ..."
Joe DeCaro Texas Republican Files Bill to Inject ..."
Browse Our Archives
What Are Your Thoughts?leave a comment