About ten years ago at the University of Minnesota, administrators wanted to discourage vandalism on a particular footbridge. They began a tradition where campus student groups could “Paint the Bridge” with their logo, meeting info, etc. It was a way to promote your group while supporting campus pride at the same time.

Campus Atheists, Skeptics, and Humanists (CASH) have taken part in this project for years. You can see what they painted here and here.

But it looks like the goal of preventing vandalism hasn’t worked. Someone messed with CASH’s paintings and inserted religious symbols and messages (“JESUS RULES”) into the images.

Here’s what they look like now (I circled the symbols in the bottom picture): 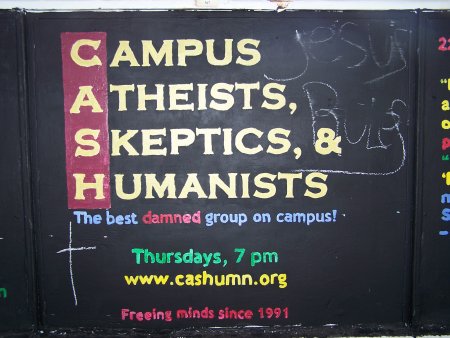 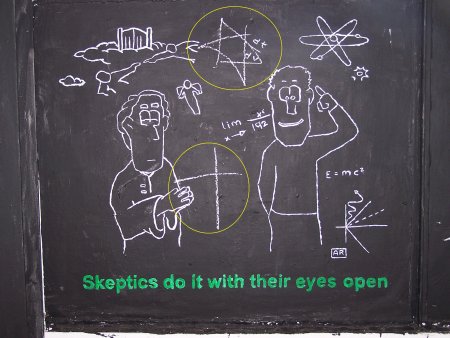 No, its not the end of the world, but it just another example of (presumably) religious people attacking atheists who have done nothing to warrant this sort of treatment.

Odds are the culprit(s) won’t be caught. But hopefully, the leaders of the religious groups on campus will send a message to their members that this type of “display of faith” will not be tolerated.